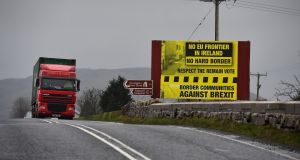 Northern Ireland has fallen to the bottom of the UK’s regional economic league tables , according to research from PwC. It recorded the slowest growth so far this year compared to any other part of the UK.

The professional services firm had previously predicted the North’s economy would grow by at least 1 per cent this year but is posting a rate of 0.8 per cent.

In its UK economic outlook, published on Tuesday, PwC suggests that Northern Ireland is unlikely to move off the bottom of the chart next year and will remain the “poorest performing” of all 12 regions surveyed in the report.

PwC said the average growth rate in the UK during 2018 has been around 1.3 per cent with the fastest growing region in the UK – the south east of England recording growth rates of 1.6 per cent.

It is forecasting that average UK growth rates next year could be around 1.6 per cent – if “Brexit negotiations proceed reasonably smoothly” – but Northern Ireland is still unlikely to meet these expectations chiefly because of the risks asscoiated with Brexit.

PwC Northern Ireland chair Paul Terrington said that against the potential backdrop of political stalemate at Stormont and the fallout from Brexit, 2019 could prove to be another challenging year.

“Across Northern Ireland, unemployment has fallen to record levels but this has not been reflected in either productivity or the creation of new high-value jobs across the breadth of the economy. Financial and business services are growing fast but face constraints on skills availability, and our level of economic inactivity remains the highest in the UK,” he warned.

Mr Terrington also believes that the North’s “appetite for debt” is another negative in the current outlook as people in Northern Ireland have higher levels of personal debt than any other part of the UK with some adults owning on average almost £4,000.

PwC’s latest economic outlook report also looks at how cities across the UK are performing during 2018 based on the views of both businesses and the public on key issues such as employment, health, skills and income.

Feedback suggests Belfast could do better – it has dropped down the poll of the UK’s top 42 cities into 32nd place compared to last year when it was in 30th place.