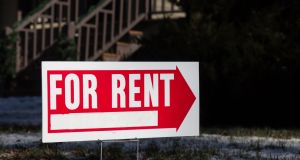 “There’s no question that rents are high and they’re still rising so we’re going to take additional actions,” An Taoiseach Leo Varadkar said at an event on Thursday.

Legislation to restrict short-term lettings, including through websites such as Airbnb, will come before the Dáil “in the next couple of weeks”, An Taoiseach Leo Varadkar has said.

After an event in Dublin, Mr Varadkar told reporters the Government will be taking action to “reduce the number of apartment and houses, particularly in city areas, that are being used for short-term lettings”.

Singling out Airbnb, Mr Varadkar said legislation will come before both the Dáil and Cabinet in the coming weeks.

While Mr Varadkar didn’t expand on the detail, he said the legislation involves restricting the use of apartments and homes in rent pressure zones for short-term lettings.

“So it will still be possible for people to rent out a room in their house on a short term basis,” but not for the longer term, he said.

Figures released by the Residential Tenancies Board on Thursday showed the cost of renting a home in the Republic continued to rise, with rents increasing in Dublin by nearly €130 to almost €1,600 in 12 months.

Commenting on those figures, Mr Varadkar said: “There’s no question that rents are high and they’re still rising so we’re going to take additional actions.”

Aside from curbing lettings on websites including Airbnb, the Minister for Housing, Eoghan Murphy, is going to bring “additional legislation to make sure that rent pressure zones are properly enforced”, Mr Varadkar said. He added that a rent register will be introduced so people can see the rents others are paying in the same area.

While he expects these measures to make a difference, Mr Varadkar flagged that supply in the property market will be the ultimate catalyst for change.

“The only thing that’s going to make a real difference is increased supply and that is happening. You’ll have seen from the ESRI report out this week that we’ll build about 19,000 new homes in Ireland this year, rising to 25,000 next year. So the supply is coming on board but we will need to take more emergency measures in the interim,” he said.