It may be decades before real house prices again rise strongly

While fiscal issues remain, we do not live in the dystopia described in too many articles 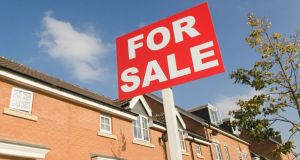 ‘My hope, if not forecast, is that we have seen the peak in residential property prices. Perhaps for this generation, not just for the current cycle.’

The year began with a burst of economic optimism. That’s mostly because forecasters had got 2017 wrong: initial forecasts of subdued growth had been confounded by a robust US economy and surprisingly buoyant European activity. Emerging markets also looked solid at the turn of the year and the long-awaited China crisis once again failed to materialise.

Stock markets had reflected this benign economic background: healthy double-digit percentage increases were the norm, particularly in emerging markets. While Brexit and Trump dominated the main headlines, there hadn’t been much read across to business or financial markets. Inevitably, most crystal-ball gazers assumed that much or all of this would continue. Equally inevitably, it did not.

1 Face masks: All you need to know about where, when and why you need one
2 Coronavirus: Unwinding of latest stage of roadmap ‘could be pushed back further’
3 Coronavirus: One person has died, as 21 cases diagnosed
4 Helen and Brendan Dillon: Couple died within fortnight of each other
5 Swimming in emails and WhatsApp messages? Here’s how to get your life back
6 Like ‘a grandfather at the sherry cabinet’: Trump’s meandering monologue
7 Race against time: The inside story of Ireland’s Covid Tracker app
8 Mary Hannigan: ‘Bitches Who Stood’ might be better viewed as useful allies
9 Computing poised to make quantum leap
10 UK accuses Russia of election interference and trying to steal Covid-19 vaccine
11 Miriam Lord: Things just keep getting better for the new Taoiseach
12 Less is so much more at barn-style homes beside Powerscourt Estate
13 Covid-19: Ten-person limit put on house gatherings as pubs to stay shut until August 10th
14 Coronavirus in Ireland: Further reopening delayed amid 'worrying' rise in infection rates
15 EU court rejects data transfer arrangement with US
16 Dublin City Council brings new challenge to Ronan dockland tower
17 Ryanair and Aer Lingus cut flights as travel restrictions continue
18 The downing of a minister: How Barry Cowen went from hero to zero in just twelve days
19 Rural TDs voice anger over decision to keep pubs closed
20 Evidence of Iron Age temples uncovered at Navan Fort
21 Blockbuster Schrems decision to impact nearly every business
22 Newton Emerson: Socially distanced Twelfth saw Orange Order finally ditch the rabble
23 Ford’s working class hero for these tough times
24 Adrian Donohoe murder accused says he cannot place raiders’ accents
25 Leinster’s clash with Saracens will open Champions Cup quarter-final weekend
26 State gets €8.8m EU grant to study Dart expansion into Kildare
27 Traffic pollution linked with coronavirus spread in Netherlands
28 Taoiseach holds ‘productive’ discussions with Arlene Foster and Michelle O’Neill
29 'Barbados is simply one of the best places to live in the world'
30 Paul O’Connell: ‘I think a lot of players are chasing the wrong metrics’
31 UK developer gets green light for 245 new homes in Lucan
32 The 7 key things the Government has to consider to jump start a recovery
33 More options for school leavers under new five-year plan
34 Garda Commissioner disputes claim of journalistic privilege
35 EU ruling on Apple shows it’s time to put the state aid stick away
36 The world on a string – a primer
37 Aberdeen to Athens by bike: Homesick student cycles from Scotland to Greece during pandemic
38 Delayed reopening a 'kick in the teeth', say devastated publicans
39 What will €130k buy in Dublin and Co Wexford
40 Game Changers: Living beyond fear puts Alex Honnold above all others
Real news has value SUBSCRIBE