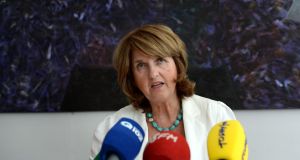 Minister for Social Protection Joan Burton warned today that cutting the social welfare spend by the proposed €440 million would have a deflationary effect on the wider economy.

The Government is committed to a €3.1 billion package of tax hikes and spending cuts in Budget 2014.

As part of this, Ms Burton has been instructed to reduce her €20.3 billion budget by €440 million next year, a decrease of more than 2 per cent.

Speaking on RTE Radio earlier, the Minister said the size of the adjustments in each department was matter for Government and, as yet, there had been no detailed discussions on the upcoming Budget.

However, she said, in her view, a €440 million fiscal consolidation would be “very likely to shrink” economic activity in the country.

She said the social welfare spend remained the biggest fiscal stimulus in the economy as it put “money in the tills of business right around the country.”

“Because of reductions that have been made, the overall take out of social welfare is coming close to €3.5 million, some of which will be carried over into this year.”

“To take that kind of take out of the spend of the country would actually deflate, particularly in areas like retail, which rely on people spending,” Ms Burton said.

In addition to the proposed 2014 cutbacks, Ms Burton is understood to have been told to plan reductions of 3 per cent in both 2015 and 2016.