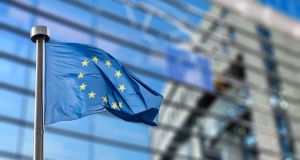 Ireland has been the subject of EU infringement proceedings due to the Department of Justice’s failure to transpose the fourth EU anti-money laundering (AML) directive into Irish law by June 26th last year. Photograph: iStock

Ireland may be referred to the EU Court of Justice by the European Commission if it doesn’t comply with its obligations to transpose law designed to strengthen existing rules around money-laundering by May 8th.

Ireland has been the subject of EU infringement proceedings due to the Department of Justice’s failure to transpose the fourth EU anti-money laundering (AML) directive into Irish law by June 26th last year.

The Irish Times first reported the department’s failure in November last year when it said the law was a “priority for publication”. At the time, a spokesman said the “complex piece of legislation” would be brought to Government for approval before the end of the year.

That didn’t happen, however, and on March 8th this year the European Commission said it had sent a reasoned opinion to Ireland. A reasoned opinion is the second of three stages in EU infringement proceedings, the third being referral to the EU Court of Justice.

Responding to questions on Tuesday afternoon, a Department of Justice spokesman noted that it “places significant value on transposition of this directive” and is, for that reason, “careful to ensure that the requirements of the directive will be effective and enforceable”.

“Adapting the directive’s requirements to specificities of the Irish legal system has been complex and the drafting process has required input from different Government departments and agencies,” he said before adding that the department hopes to publish the Bill by the end of the month.

One of the more significant purposes of the AML legislation is the requirement of corporate entities to keep information on individuals holding ultimate beneficial ownership of companies. This legislation also updates the third AML directive introduced in 2010.