Smart Money: Pay was on the rise before the pandemic hit 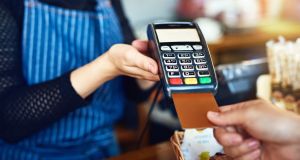 Redundancies will be the biggest cause of income loss in the months ahead, but a loss in pay, bonuses, overtime and working hours will also hit incomes in many areas of the private sector. Photograph: iStock

Publications from the Central Statistics Office (CSO) and the Revenue Commissioners give new information on what people are earning and where the biggest increases were before the pandemic hit. After years of stagnation after the last crisis, pay was finally on the rise – but now the jobs market has been turned upside down. Looking at an economy-wide level, the sharp rise in unemployment is leading to a significant fall in total earnings, even if Government supports are limiting this for now. Here are the key figures on what we earn – and what we know so far about the Covid-19 hit.

The latest CSO earnings data shows that average earnings last year were €40,283, up 3.6 per cent on the previous year. Provisional data for the first quarter of this year shows wages were continuing to rise until the pandemic hit. After a period of stagnation after the last recession, wage growth has been steady in recent years, totalling almost 12 per cent since 2014, with most of the gains in the later years. The headline data includes full- and part-time employees. Looking just at people in full-time employment, average earnings were just under €49,000. Average part-time earnings were just over €18,300. The growth in full-time earnings – 9.2 per cent since 2014 – has been slower than in part-time earnings, which have risen 14.8 per cent. Increased working hours for part-timers has contributed to this rise.

1 Coronavirus: 50 new cases as Glynn says phase four delay disappointing for many
2 Gardaí surrender 13 people to Polish police
3 ‘I wandered around Dublin wondering: Is this what they call a capital city?’
4 Fresh investigation into the murder of Michaela McAreavey in Mauritius
5 Funeral of John Hume hears peacemaker ‘gave dignity and life to so many people’
6 NPHET calls for ban on non-essential travel from countries with high Covid-19 rates
7 Ford Kuga: Impressive plug-in hybrid SUV underlines motor giant’s renaissance
8 ‘My mother is a controlling, manipulative, narcissistic person'
9 Restaurateurs say new 11pm closing time is ‘a body blow’ to sector
10 Boy’s treatment by school over alleged thefts was ‘unbelievable’, judge says
11 Italy threatens Ryanair with flight ban for alleged Covid-19 violations
12 Irish in Canary Islands: Life has changed dramatically
13 ‘I’m lucky to be alive’: Irish citizens describe Beirut explosion
14 Beirut explosion: At least 135 killed as port officials put under house arrest
15 Ryanair and State agree accelerated hearing of challenge to travel restrictions
16 ‘This was like a nuclear bomb’: More than 2,700 injured in Beirut explosion
17 Trumpism may be dying but is still dangerous
18 Irishman in Malta postpones trip to Dublin after green list cut
19 ‘There were times I had to step outside to hide my tears, take deep breaths and then carry on’
20 Donohoe does not commit to specific compensation for pubs
21 In Oz, Marianne would have told Connell: ‘Get stuffed, you gutless wonder’
22 Five of the best foundations to try as the world comes back to life
23 Students to wear face coverings in lectures where two metre distance not possible
24 BofI to cut 1,400 jobs as Covid-19 drives €937m loans charge
25 Hume brought to Derry as candles in windows light his way
26 When Covid subsided, Israel reopened its schools. It didn’t go well
27 Shooting soldiers in a handball alley: Amelia Stein’s The Bloods
28 ‘Pat Hume did so much...Derry people know that, and remember that’
29 Two former solicitors remanded on bail after being charged with fraud offence
30 Ireland needs to move to ‘zero-Covid’ policy to avoid catastrophe, scientists say
31 Modi founds Hindu temple on site of razed mosque in Indian town
32 Gardaí find potential breaches of Covid-19 rules in 24 pubs
33 The breaking point in Belarus has been made flesh in Svetlana Tikhanovsky
34 Parents encouraged to ditch the car for ‘cycle bus’
35 Vicky Phelan: Postnatal depression made me hate being a mother
36 Social worker overcomes poverty to graduate with master’s degree
37 I ask myself three questions when I need to make a realistic appraisal
38 Covid-19: Even though now the trend is upward, it isn’t all bad news
39 Cool, dull July as Co Kerry recorded wettest day since 1940
40 Coronavirus punches €8.3bn hole in public finances
Real news has value SUBSCRIBE