How Ireland’s property crisis is affecting the real economy 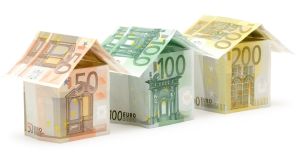 In 1980, housing accounted for just 7 per cent of household expenditure in the Republic. By 2016, this had increased to 20 per cent, equating to an estimated €52 billion annually, figures from the Central Statistics Office (CSO) show.

The escalating cost of housing has been a central feature of western economies in recent decades. The problems experienced in Dublin – chronic undersupply, young people priced out of the market, increased rates of homelessness – are remarkably similar to those seen in London, Sydney and San Francisco, for example.

6 Covid-19: Nphet warns of a ‘large number’ of deaths in coming weeks

8 ‘Doug and Kamala together are almost vomit-inducingly cute and couply’: The VP’s stepkids speak

16 Cold and working from home? How to stay warm without whacking up the heating

21 Covid-19: Which windows to open to keep your car a low-risk zone

23 Covid-19: Proposed £500 payout for anyone testing positive in England

24 A full-on Zero Covid-19 strategy is unlikely, but Irish hybrid a possibility

25 The Irishman with big hopes making tiny houses in Berlin

27 Damian de Allende settling in at Munster after rollercoaster start

28 Growing pressure for ban on non-essential travel within EU

32 Can five minutes’ exercise a day make you fit?

33 Covid to hit housing, pay to remain flat and a very Irish hybrid

35 ‘I should be feeling despondent. I don’t’: Chefs dish up the truth about life in lockdown

39 Professional salaries will be flat in 2021, says Morgan McKinley

40 Defeat to Burnley ‘a massive punch in the face,’ says Klopp