Lobby group suggests tax should be cut from 33% to 20% 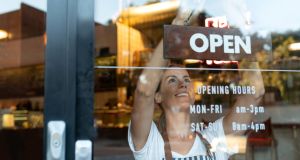 “Family business were here before, they’re here now, and they’ll be here afterwards...The fundamental thing is that they don’t cut and run when things get tough.” Photograph: iStock

Irish family-owned businesses are calling on the Government to reduce the tax paid on a gain when a business asset is transferred or sold from the current rate of 33 per cent to 20 per cent.

The Family Business Network says a reduction in capital gains tax (CGT) could spur investment and allow the exchequer capture value at a time when the State budget is stretched as a result of the Covid-19 crisis.

John McGrane, executive director of the lobby group, noted that of the 270,000 businesses in the Republic, about 170,000 are in family control, with the vast majority employing 10 people or less.

He says older business owners are being disincentivised from transferring their business to younger family members, or selling to someone else, due to the “penal” tax rate which, he says, is amongst the “highest in the EU”.

The current regime does include entrepreneur relief, which levies CGT at just 10 per cent on gains from the disposal of qualifying business assets up to a lifetime limit of €1 million. Mr McGrane noted that this upper threshold often means owners hold on to a business to avoid paying the tax bill in their lifetime.

“Budget 2021 takes place in the middle of the greatest challenges facing Ireland in decades. Second only to saving lives, saving jobs should be the number one priority in the upcoming budget.”

In its budget submission the family business group also sought a raft of other measures. It suggested an extension of the commercial rates waiver until the end of next year, and a reduction in the VAT rate for the hospitality and tourism sector to 5 per cent.

“Family business were here before, they’re here now, and they’ll be here afterwards...The fundamental thing is that they don’t cut and run when things get tough,” said Mr McGrane.