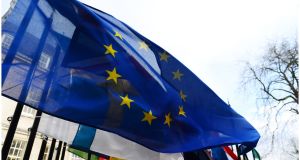 The rift complicates the task of European Commission president Ursula von der Leyen, who is due to present a 2,000-page proposal this week to harness the EU budget in the fight against the economic downturn. Ms von der Leyen’s plan is expected to include the possibility of issuing common debt to fund some €500 billion of grants to help member states that have been hit hard by coronavirus.

The move received impetus from Paris and Berlin when Emmanuel Macron, the French president, and German chancellor Angela Merkel outlined a grant-based recovery fund on May 18th.

But on Saturday, the Netherlands, Austria, Denmark and Sweden pre-emptively rejected the notion of grants in a counterproposal – instead recommending the creation of an “emergency fund” financed by loans only.

One EU diplomat said on Sunday that the so-called “frugal four” were “drawing a line in the sand and are getting into a defensive position” ahead of the commission publishing its plans on Wednesday, kicking off an intensive period of discussion among national capitals.

“Given what is at stake, they know they will have to move. It is only then that we will see what their real red lines are,” the diplomat said.

Ms von der Leyen’s announcement will be a defining moment in Europe’s response to the crisis, as she answers the call from EU leaders for a weighty recovery plan that nonetheless avoids fuelling smouldering disagreements across the bloc about economic policy.

Her blueprint will also be a step-change in EU integration, envisaging Brussels borrowing on the capital markets on an unprecedented scale.

The commission chief will need to soothe acute resentment in the southern member states severely hit by the epidemic that the EU did not show financial solidarity sooner, while also getting fiscal hawks in the north to agree with the plan. A recovery fund needs the approval of all 27 member states and the EU’s next multi-annual budget needs to be ready for the start of 2021.

There were indications over the weekend that the frugals were increasingly isolated in their demand to award “favourable loans” to member states, not grants.

On Sunday, they lost a powerful ally when Wolfgang Schäuble, one of Germany’s most prominent fiscal hawks during the euro-zone debt crisis of 2010 to 2015, expressed his support for the Franco-German plan.

Non-refundable grants rather than loans were necessary to deal with an “economic slump that we have not experienced in our lifetime”, the former German finance minister, who has been president of the Bundestag since 2017, told German newspaper Welt am Sonntag.

“If Europe wants to have any chance at all, it must now show solidarity and prove that it is capable to act,” Mr Schäuble said. “Germans have an overarching self-interest that Europe gets back on its feet.”

In Madrid, a senior official in the administration of Spanish prime minister Pedro Sánchez involved in the EU negotiations told the Financial Times on Sunday that Spain would not accept a loan-based recovery fund because it would over-indebt countries such as Spain and Italy.

“If we get this wrong, it will ruin the political atmosphere for decades, literally decades,” Thomas Wieser, the euro zone’s chief official during much of the currency bloc’s sovereign debt crisis, told the Financial Times on Sunday. “Loans are easy because they are free. But when it comes to true solidarity and help, nothing is free. And true solidarity is what is needed now.”

Diplomats said that the conditions attached to EU support – notably requirements to carry out economic recovery reforms – would be a key part of the debate to come.

The frugal four’s counterproposal insisted recipients of recovery funding would have to display a “strong commitment to reforms and the fiscal framework” in the hope this would help promote growth.

“We have seen the [frugal paper] and will consider it in the ongoing work on our proposal as we did with all other ideas and proposals floated these past weeks,” said a European commission spokesperson. – Copyright The Financial Times Limited 2020