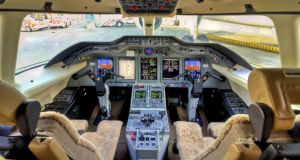 in Ireland for the first time.

Quarterly national accounts incorporating gross domestic product growth for January-March are normally published by the end of June. A spokesman for the Central Statistics Office attributed the delay to adjustments in figures dating to 2000 for trade in goods, the balance of payments, the international investment position and the national accounts.

The adjustments arise from new European statistical rules which oblige states to record trade in aircraft when economic ownership of the aircraft is transferred between an entity in the state and an entity in another country, regardless of where the aircraft is registered for aviation purposes.

The change is significant in the Irish context. Leasing firms established in the State account for some 10 per cent of the world’s civilian aircraft even though most of the aircraft are not registered in Ireland.

“The aircraft owned by the leasing firms based in Ireland are worth somewhere between €50 billion and €100 billion,” said Merrion Capital economist Alan McQuaid in a note. “Therefore, the potential effects of operations on this scale on Irish national accounting will be large.

“The complexity of these technical statistical quirks has made the task of explaining the Irish economy to a foreign audience very difficult in recent years. Nowadays, with so much reliance on foreign markets to finance the country’s sizeable national debt, there are potential real costs at stake if Ireland’s foreign lenders can’t get to grips with puzzling Irish economic data.”