CEOs understand need to be seen to play fair on tax 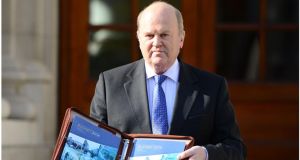 Any company planning tax arrangements on the basis that a tax administration authority “mightn’t be aware of them” is living in the dark ages. It’s a message that is clearly understood at CEO level, according to the latest annual survey of the views of business leaders on key issued. PwC’s 17th Annual Global CEO survey, which covers the views of almost 1,400 CEOs in 68 countries, including Ireland, found that 75 per cent of respondents agreed or strongly agreed that “being seen as paying our fair share” of tax is important.

That question is a new one in this year’s survey and I expect the number to rise in future surveys.

The defining feature of a company’s or a country’s tax strategy over the rest of this decade will be “transparency”. While it may not have been high on the agenda a few years ago, it is now easy to envisage a time in the near future where a company will have to be able to articulate its approach to tax in some detail to its shareholders and wider stakeholders as part of the reporting process.

Right now “transparency” is effectively limited to discussions between a company and its local tax administration authority.

OECD proposals
However, the concept of transparency for tax purposes will be significantly increased when new OECD proposals are implemented. These will see businesses that operate across national borders have to report extensively to local tax administrations on their income, taxes and business activities. Each local tax administration will have full visibility of a group’s global activities on a per country basis.

While such measures are still at proposal stage, I expect implementation over a relatively short period, given the current political and public discourse on tax being paid by cross-border companies.

Is it a big jump from this to some sort of wider engagement by companies with their stakeholders about their tax strategy? I don’t think it is and ultimately companies may wish to embrace this to address what is sometimes a one-way debate about how companies run their business and pay their taxes.

The growing transparency debate may well evolve to see companies actually having to put information into the public domain on a country by country basis. Companies cannot just passively let data out and lose control of the debate – they must engage.

Let’s take a company selling digital products or services right across Europe from a single location, without a sales force in any of those countries. A customer simply logs onto the company’s website based at the company’s location and downloads the product. It is only going to pay tax in the host country in the same way that a mail order business was taxed 30 years ago.

This is clear from a tax perspective. If you don’t have a sales force or an operation in the country of sale, there isn’t a tax presence. This may be surprising to some readers, given some tax punditry which suggests the contrary.

An argument that some profits should be “allocated” to the country into which sales are made is a perfectly acceptable philosophical argument. It is in fact something which the OECD’s BEPS (Base Erosion and Profit Shifting) programme is currently examining. However, right now, that’s not the way cross-border taxation works and a company shouldn’t let itself be pilloried in the media for not paying its “fair share” of taxes in the countries into which it is making sales.

Can you imagine if an individual taxpayer was told that he or she had paid all the taxes due under the law but there was a broad feeling that they had a lot of money and should be paying more?

More transparency may force companies to explain their strategies and also to point out that, if legislators want different outcomes, they should legislate for those. This engagement should lead to a better quality debate around what a “fair share of taxes” means and a more balanced debate as companies articulate their views more publicly than heretofore.

Countries are starting to recognise that the transparency debate isn’t going to go away as a concept and Ireland has been quick off the mark to lay out its stall. Last October, on budget day, the Department of Finance published Ireland’s International Tax Strategy. This 14-page document sets out Ireland’s “international tax charter” and outlines the principles and strategic objectives that guide Ireland’s approach to international corporate tax issues. It is well worth a read for anyone in an international business, who wants to know how the Irish authorities view the current global tax debate and how the Irish system is likely to evolve as part of that debate.

While there will be changes to our tax regime along the way which may appear dramatic, a transparent and competitive tax system can only be good for Ireland’s economic prospects.

Feargal O’Rourke, head of tax at PwC, will address the 2014 Ibec CEO conference tomorrow at the Convention Centre, Dublin. @feargalorourke