Cantillon: Markets so far not showing signs of anxiety over election 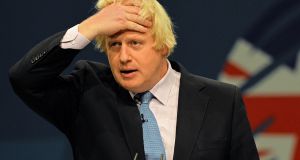 If the financial markets are worried about the general election, they sure aren’t showing it.

Ten year Irish bond yields – or interest rates – remain well under 1 per cent. There was some selling earlier in the week, as Brexit fears rose following Boris Johnson’s intervention. But by the end of the week investors were buying Irish debt again.

With German 10 years yields at just 0.15 per cent, something in the region of 0.9-0.95 per cent for Irish debt seems attractive.

The election result looks unlikely to provide a significant sell-off. Investors will wait and see what emerges.

That said, a common view among analysts that Fine Gael and Fianna Fáil would eventually form a coalition and provide a stable “market friendly” government is not shared in political circles, where there is a belief that this could be a hard sell for both parties.

The only thing which would really spook investors would be signs of a prolonged political vacuum, or signals that policy was going to sharply change.

Certainly as the Brexit vote approaches – and particularly if it looks close – investors would look for a stable administration here to deal with the fallout.