Praise for Ireland’s ‘remarkable’ rebound tempered by concern over tax, health and spending 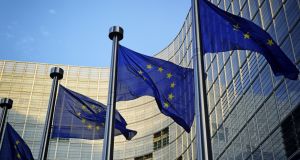 This regular assessment is released each February.

By now we know well the dual aspect in the commission’s view of Ireland’s recovery. The ritual of high praise for Europe’s star pupil comes tempered with acute concern about our many failings. The report contains a mixed bag of bureaucratic evasion and bureaucratic hard talk.

Months out from a Central Bank review of mortgage caps, the commission says their impact on the market remains uncertain. It adds, however, that the force of Ireland’s recovery highlights the value of the bank taking a “proactive approach” on macro-prudential matters. Given the disparity of views on whether the bank should hold firm or loosen the rules, that could mean anything.

Then there are questions of tax, the health service and spending in general. Brussels does not like the suspension of property tax revaluations one bit, and suggests extending coverage of the tax to embrace non-agricultural land. Best of luck with that.

After assessing USC cuts in Budget 2016, it says recent measures “would not seem to be geared towards broadening the tax base”.

On health, Brussels casts as “problematic” the forecasting and execution of spending plans. Yet that’s not half of it. The universal health insurance model is in quandary and spending on pharmaceuticals still weighs on cost-effectiveness.

There is more, but you get the picture. When it comes to spending caps, Brussels finds the Government had a rather lax attitude to its own rules. “These limitations have been de facto ignored, with upward revisions taking place in the context of a faster than expected recovery, upward revisions to growth forecasts and government revenue raising beyond budget projections.”

Quite clearly, there is plenty here that might have been discussed in the election. Yet formal publication of the tome itself was scheduled for “10pm Irish time”, closing time at the polls.