Broadband: what you are not being told about the €3bn plan

Smart Money: What we aren’t we being told – and why? 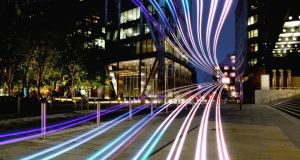 Conceived during the crisis, the broadband plan was designed to minimise the up-front cost. Whether that is now the best option to deliver long-term value for money is the question. 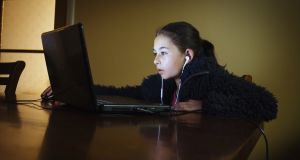 Does being able to watch Netflix and Skype your uncle in Australia have any wider benefit ?

The Government is battling to win support for its broadband plan – welcomed through much of rural Ireland, but attacked by its own senior officials and political opponents. But a key problem in making a full assessment is that many of the vital figures are not available, with most of them redacted in documents released. So what do we still need to know – and why aren’t we being told ?

1. Why are there questions?

A few key issues have led to the deal coming under particularly sustained questioning .

13 ‘The hellhole says goodbye’: Glee and relief in Europe as Trump departs

15 ‘Brexodus’ of jobs from City of London to continue, says EU commissioner

16 ‘I got a burning smell in my nose’: Third-wave Covid-19 patients share their experiences

18 Kamala Harris is about to make history. So is her ‘big, blended’ family

20 Man who sexually assaulted woman on Luas tram is jailed

24 Coombe begins investigation into vaccination of family members of staff

32 What is Ireland’s plan for vaccinating people against Covid-19?

34 Oireachtas staff ‘concerned’ about lack of masks in workplace

38 Gordon D’Arcy: Time for IRFU to be bold and secure futures of prized assets

39 Foley accuses union of being ‘disingenuous’ on school reopening claim