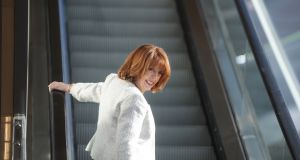 The appeals board has granted planning permission to Dublin builders Dywer Nolan Developments for the development that comprises five apartment blocks including one reaching to nine storeys.

The development is located north of the Poppintree industrial estate and a short distance from Ikea’s flagship store.

The plan faced opposition from a large number of locals with just under 50 objections lodged to the appeals board, including Ms Shortall’s objection.

As part of the Social Democrat general election manifesto, the party plans to build 100,000 homes over a five-year period and split evenly between social, affordable and affordable rental homes.

However, in an objection against the Dwyer Nolan plan, Ms Shortall stated that she “would urge the board to refuse permission in this case”.

In her two-sentence objection, Ms Shortall stated that she strongly supports the concerns raised by Hampton Wood Residents Association and Meakstown Community Council.

An objection from Meakstown Community Council states that the tower blocks in Ballymun were demolished and public consensus was that they did not meet residents’ needs and eroded commitment to neighbourhood.

The community council argued that the nine-storey block will cast “a lasting shadow over the area if allowed to proceed”.

In its own submission, Dublin City Council recommended that a reduction in height and number of storeys across the scheme to a maximum of six storeys and reduce the number of apartments to 115.

The appeals board has given the 129-apartment plan the go-ahead after finding that the proposal “would constitute an acceptable residential density, would not seriously injure the visual amenities of the area or the amenities of residential property in the vicinity and would be acceptable in terms of urban design, height and quantum of development”.

1 How can I view my dead brother’s will if I’m not the executor?
2 Investors pile into Irish property as turnover in build-to-rent sector reaches €2.54bn
3 Provisional liquidator appointed to Dublin engineering firm
4 Aqua Dome in Tralee could close over insurance claims, directors warn
5 Facebook faces tax court trial in US over Irish offshore deal
6 Travel costs for IDA chief topped €45,137 last year
7 Legal row erupts over €85m contract
8 Bursting of Tesla bubble a case of ‘not if, but when’
9 Kerry’s Chinese sales set for 30% hit from coronavirus
10 Examinership saved almost 600 jobs last year - Baker Tilly
Real news has value SUBSCRIBE