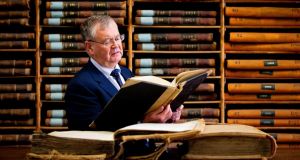 Accumulated profit at the media company operated by one of Ireland’s best-known broadcasters, Joe Duffy, topped €485,000 in the 12 months to the end of April last, down by €19,060 on the previous year.

Duffy remains one of RTÉ’s best-paid presenters. Figures released by the national broadcaster in December 2018 show that Duffy remained the third-highest paid presenter at RTÉ with pay of €389,988 in 2016 – the same level as 2015.

Last November, as part of RTÉ’s cost-cutting drive, the broadcaster stated that it would seek a 15 per cent salary reduction among its best-paid broadcasters.

The most recent JNLR figures show that outside Morning Ireland, Liveline is the most popular radio show in the country with a listenership of 363,000 last year.Mr Duffy is not a paid employee of RTÉ but is instead employed as a contractor.