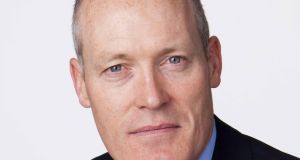 Investors are primed for the State to sell another batch of shares in AIB, as the lender’s shares have soared in value and are trading at a premium to Bank of Ireland since they returned to main stock markets last June, according to a senior banker at one of the firms that worked on the deal.

“It’ll be the Irish government’s decision. All we can tell them is, from a capital markets perspective, the markets are ready for them to sell more shares,” Michael Lavelle, head of Citigroup’s UK and Ireland corporate and investment banking business, said in an interview with The Irish Times on the fringe of the World Economic Forum conference in Davos, Switzerland on Tuesday.

“In today’s capital markets, if you want to own bank stocks, the stocks that have been given premium valuation have been the national champions, those with clear business models, very clean balance sheets, typically domestically focused . . . and generating reasonable returns with the ability to return capital to shareholders.”

AIB, which paid a dividend last year for the first time since 2008 and is estimated by analysts to have more than €3 billion of excess cash to return to shareholders by the end of the decade, “fits very, very well into” what investors are looking for, the banker said.

The market value of AIB has surged almost 30 per cent to €15.3 billion since its initial public offering (IPO) seven months ago, double the pace of Bank of Ireland’s advance during the same period, to €7.67 billion.

Citigroup was one of eight investment banks and securities firms that led and underwrote Europe’s largest IPO last year, which saw the Government raise €3.4 billion from the sale of a 28.8 per cent stake in the bank. The money advanced the State’s efforts to recoup AIB’s €20.8 billion taxpayer bailout during the financial crisis.

AIB’s stock is currently trading at 1.2 times the amount at which the bank values its own assets, or what is known as book value, according to stockbroking firm Davy. That compares to a ratio of one for Bank of Ireland.

The Government will be free to sell further shares in AIB after the bank reports full-year figures on March 1st.

While Mr Lavelle said that Bank of Ireland is also a “compelling story”, its UK exposure – with about 40 per cent of its loan book out to borrowers on the other side of the Irish Sea – “has created some investor concerns post-Brexit”.

Bank of Ireland’s new chief executive, Francesca McDonagh, will preside over the lender’s full-year results next month and capital markets day in June, where she is expected to outline medium-term objectives and an in-depth report on the group’s current €900 million information technology overhaul.

“With the recent management change, they have an opportunity to engage with the market on the next phase of their strategy,” said Mr Lavelle.

1 Should my mam wait for house prices to drop before buying?
2 Chris Johns: Past is another country when it comes to our post-pandemic future
3 Citigroup warns that markets are out of step with reality
4 Donohoe told insurers they risked ‘irreparable damage’ to reputation
5 ‘I’m so lucky to be in the Caribbean – a million miles from Derry Girls’
6 ‘The recovery needs to be a full-scale economic renewal’
7 US ‘hard seltzer’ drink White Claw launches in Ireland
8 People ‘overloaded’ by social media more likely to believe false stories
9 Michael Smurfit: ‘I asked Trump to invite me to the White House for my 80th birthday’
10 Elon Musk’s Starlink could take wonders of night sky away from us
Real news has value SUBSCRIBE