‘No shopper wants to go to a ghost town’ 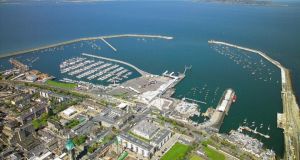 Dún Laoghaire businesses remain divided last night ahead of the counting of votes on a new Business Improvement District (BID) proposal to revitalise the main street.

An information session was held last night at the town’s Royal Marine Hotel to answer questions regarding the initiative, which opened for voting on January 22nd and will close on February 12th.

Representatives from the “no” side declined an invitation to debate on the proposal, which would require rate payers to pay 3 per cent of their rates each year if passed.

Businesses would have to pay an additional annual levy of €26 up to more than €10,000, depending on the rateable value of their property, to fund the scheme.

Dún Laoghaire Business Association chairman Don McManus said he hoped the 805 businesses in the area would vote. He said about 22 businesses were vacant on the main street alone and needed to be filled. “No shopper wants to go to a ghost town,” he said.

Interim board
Mr McManus said an interim board of seven would be appointed by the business association and two council representatives decided by the council manager. He said the manager of the BID would be paid about €50,000 from the estimated €250,000 that would be collected from traders.

Peter Kerrigan from Fair Rates Dún Laoghaire said the voters against the proposal chose not to attend the session as they wanted the debate on neutral ground.