Pre-tax profits increase at Bennett Construction by 14% to €9.47m 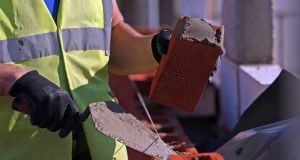 Pre-tax profits at Bennett Construction last year increased by 14 per cent to €9.47 million as revenues rose.

Accounts filed by Bennett (Construction) Ltd show the Co Westmeath based business recorded the jump in pre-tax profits after revenues increased by 6.5 per cent from €283.57 million to €301.9 million  in the 12 months to the end of March last.

The directors state that they believe that further increases in revenues will occur in future years.

The Bennett Group was established in 1917 in Mullingar and numbers directly employed by the business last year increased from 145 to 147 made up of 119 in direct labour and 26 in administration.

The Bennett Group today has a broad portfolio of completed projects across a range of sectors including residential, hospitality, commercial, industrial, healthcare and pharmaceutical.