Ciarán Hancock: Why developers sell schemes as a job lot to investors

Restrictions on foreign investment in housing would come at high cost 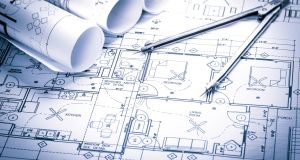 In a world of low interest rates, the Irish rental sector is offering good returns to investors right now.

If there’s one sector of the Irish housing market that’s booming right now, it’s the private rented sector (PRS), often referred to as build to rent.

According to Hooke & MacDonald some €2.36 billion worth of activity took place last year, up 150 per cent on 2018. It’s an astonishing increase and highlights the attractiveness of the Irish rental market right now, where it’s not uncommon for three-bed units in Dublin to let for up to €3,000 a month.

In Capital Dock, the tallest residential tower in Dublin, the penthouse suite on the 22nd floor will set you back €20,000 a month.

It is estimated that up to 70 per cent of this PRS activity is being funded by foreign money. These funds are chasing yield for clients (net yields are currently ranging from 3.7 to 5 per cent).

In a world of low interest rates, the Irish rental sector is offering good returns to investors right now. Canadian-owned Ires Reit – the biggest institutional landlord in the country – and Los Angeles-based Kennedy Wilson, developer of Capital Dock, are the two best-known PRS players in the market but there are lots of funds now hoovering up stock here.

A particular phenomenon of recent years is the practice of developers selling a scheme as a job lot to a PRS investor. It’s a no-brainer to sell an entire development in fell swoop to a fund, particularly when it involves apartments. And some 44 per cent of the PRS activity last year involved apartment blocks, according to Hooke & MacDonald’s analysis.

One builder shared the numbers with me on an apartment scheme being developed in north Dublin. The development involved more than 300 apartments, a mix of one-, two- and three-bedroom units, all with a good spec.

When all of the numbers were added up and down, the builder was left staring at an €11 million loss by selling the units individually to buyers over a number of years.

The land acquisition costs amounted to just under €17 million or about €45,000 per unit. Development levies to the local authority amounted to €3.5 million while another €1.5 million was paid to ESB and Irish Water.

Construction costs were €67 million while various bank fees ran to just under €6 million. The architect’s fee was €1.2 million and there are a long list of other costs involved.

The projected loss on the scheme was based on prices ranging from €255,000 for a one-bedroom unit to €325,000 for a three-bedroom apartment, although its not certain that these would have been achieved.

The builder chose, instead, to sell the scheme to a fund, which turned a 10 per cent loss on costs into a similar profit margin. In cold hard cash, the profit was close to €11 million. Rents are so frothy in Dublin at the minute, and demand so strong, that PRS funds – who have deep pockets – are willing to pay a higher price per unit than would be achieved by selling to a first-time buyer.

It depends on which side of the housing debate you sit as to whether such sales are a good thing or not. Developers would argue that the apartments that are being sold to the PRS sector wouldn’t otherwise get built, or at least not for years until the financial metrics substantially improved.

Fianna Fáil argues that sales to the PRS sector deny many first-time buyers an opportunity to get a foot on the property ladder. The party wants local authorities to insist that a certain percentage of houses in any scheme must be made available for people to buy before being approved for development.

“We think it’s really unfair that when developments do take place, they are entirely owned or controlled by institutional investors,” Fianna Fáil’s finance spokesman Michael McGrath told me last week in a wide-ranging interview. “We’ve seen this in parts of Dublin when out canvassing. People would have an eye on a development when they see it being built. We believe this can be done to enable first-time buyers to buy a portion of these schemes.”

This sounds like a reasonable idea, except that any development with more than 100 units can effectively bypass local authorities and go straight to An Bord Pleanála for permission under fast-track legislation.

And we’ve seen in the past how developers can find ways around rules on social and affordable housing.

Sinn Féin, meanwhile, would introduce a series of “emergency measures to tackle sky-high rents”. These include a three-year refundable tax credit for all existing and new tenancies that would “put a month’s rent back in every renter’s pocket, costing €301 million”, a three-year freeze on rents for all existing and new tenancies, a major investment in affordable rental accommodation delivered by local authorities and approved housing bodies, and a year-on-year reduction in the number of private rental tenancies used for social housing tenants via the different State supports.

Such policies perhaps partly explain Sinn Féin’s appeal to younger voters, who are acutely affected by the housing crisis.

But they also risk chasing away foreign money, which would not be a good outcome given the fragility of the Irish property market right now.

1 Bank leaked my loan request to family who tried to rip me off
2 Ryanair and Aer Lingus monitor impact of coronavirus on travel to Italy
3 Boris Johnson's new immigration regime will damage much more than industry
4 Mastercard to create 1,200 new jobs by expanding base in Dublin
5 Exposed to coronavirus: How Irish business is coping with fallout
6 How to . . . move (almost) everything to your new phone
7 How can I view my dead brother’s will if I’m not the executor?
8 Billionaire Zara founder and German funds vie for prime Dublin offices
9 Garda mobile contract win causes concern over Eir’s use of Huawei kit
10 Irish cultural exports helped pave the way for economic growth
Real news has value SUBSCRIBE