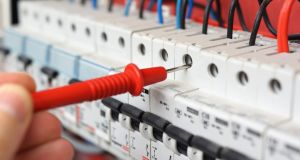 Around 120,000 workers could be affected by the High Court ruling, so it is not surprising that unions set out their position quickly

Builders’ unions are already closing ranks and warning employers against using this week’s High Court ruling, that sectoral employment orders governing pay and other conditions in the industry are unconstitutional, to cut wages.

The contractors challenged a sectoral employment order covering their industry made by Minister of State for Employment Pat Breen on foot of a recommendation by the Labour Court, which was following terms set out in chapter three of the Industrial Relations Act, 2015.

Justice Simons found that chapter three of the Act was unconstitutional. It allows the Minister to make laws, a power reserved by article 15.2.1 of the Constitution for the Oireachtas, that is the Dáil and Seanad. Consequently, two other sectoral employment orders, governing minimum pay in construction and plumbing, also fall.

The judge did not pull any punches. He pointed out that the Act involved a “standard-less delegation of law-making to the Minister, and one which would be almost impossible to challenge by way of judicial review”.

Around 120,000 workers could be affected, so it is not surprising that unions set out their position quickly. But the people at real fault here are not employers, but those who passed the legislation in the first place.

Ironically, they are the members of the Oireachtas who passed the Industrial Relations Act, 2015. When they did so, it appears that they handed over their power to make laws to someone else, a government Minister.

This is doubly ironic given that the Constitution also declares that members of the Oireachtas are meant to hold Minister’s accountable for the powers they already have, not give them even more power.

Given their ignorance of their place in the State’s constitutional framework, you would have to ask if those who passed this legislation were the right people to be making laws on our behalf in the first place.