Planning permission was for facility alongside existing Trinity Hall complex 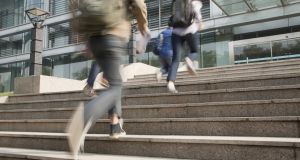 It is claimed the board wrongly treated the proposal as a standalone development rather than one linked to existing accommodation at Trinity Hall.

Patricia Kenny, from nearby Temple Road, Dartry, took the proceedings against the board over its permission granted last August.

On Monday, Mr Justice Richard Humphreys, who manages the High Court’s commercial planning and strategic infrastructure list, was told the board was consenting to an order quashing its permission decision and to a costs order. The judge made those orders.

The permission was for demolition of existing structures within the curtilage of Greenane House, a protected structure, and for the construction of four apartments and 358 student accommodation bed spaces and associated site works at Cunningham House, Trinity Hall.

The board had granted permission, subject to 21 conditions.

It considered, provided those conditions were complied with, that the proposed development would constitute an acceptable scale of development in this urban location, respect the existing character of the area and be acceptable in terms of urban design, height and extent of development.

Represented by Oisín Collins, the core claim by Mrs Kenny, who lives directly across the road from the site, was that the board wrongly treated it as a standalone development rather than one linked to existing accommodation at Trinity Hall in considering whether the development required an environmental impact assessment (EIA).

A board inspector had concluded that the environmental report submitted by Trinity College Dublin identified and adequately describes the environmental effects of the development and that an EIA was not required, counsel outlined.

Mrs Kenny’s case was that the screening was not adequate and that the board erred in law in agreeing with the inspector.