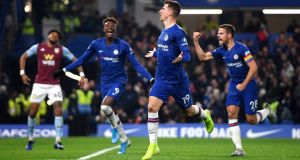 A US financier who co-owns the Los Angeles Dodgers baseball team has tabled a takeover offer to acquire London’s Chelsea Football Club from Russian oligarch Roman Abramovich, according to a person briefed on the matter.

The offer by Todd Boehly, the former president of asset manager Guggenheim Partners, was made last month and fell short of the £3 billion valuation that Mr Abramovich is believed to be seeking for the English Premier League club, this person said without specifying the exact price.

The Wall Street Journal, which first reported the bid, said Mr Boehly’s offer had been rejected. Mr Boehly remains interested in pursuing a deal, the person added. Chelsea could not be reached for comment. A spokesperson for Mr Boehly declined to comment.

The bid marks the latest example of US investors looking to acquire stakes in European football clubs. It comes several days after US private equity group Silver Lake took a $500 million stake in City Football Group, the owner of Manchester City football club, in a deal that valued the company at $4.8 billion.

The Financial Times reported in August last year that Mr Abramovich appointed Raine, a US merchant bank, to conduct a “strategic review” of the London football club he purchased in 2003, after receiving multiple offers from potential buyers. One of those offers came from Silver Lake.

Buyers had circled Chelsea last year as a possible acquisition target following an escalation in tensions between the UK and Russia following the poisoning of former Russian military intelligence officer Sergei Skripal and his daughter Yulia in Salisbury in March 2018.

Subsequent to that Mr Abramovich took Israeli citizenship after his application for a UK investor visa was delayed. Chelsea then shelved plans for a new £500m stadium in west London, citing an unfavourable investment climate.

Mr Boehly, who set up investment firm Eldridge Industries in 2015 after leaving Guggenheim Partners, has made large investments in media, sport and real estate. In 2012 he was part of a group of investors who acquired Major League Baseball’s LA Dodgers in a deal worth $2.15 billion.