Tennis-ball sized gem to be turned into Louis Vuitton jewellery 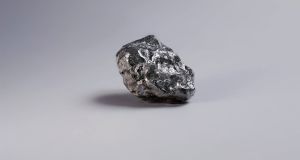 The second-biggest diamond in history will be cut, polished and turned into a collection of Louis Vuitton jewellery.

Lucara Diamond Corp, which found the 1,758-carat Sewelo diamond at its Botswana mine last year, said it has struck a deal with the luxury brand and Antwerp diamond manufacturer HB Company. It’s unclear how valuable the polished diamonds will be though, as Lucara previously said the Sewelo wasn’t a type of diamond that yields top jewellery standard gems.

Lucara will get a “non material” upfront fee and own 50 per cent of the polished diamonds from the Sewelo, which means “rare find” in Tswana, a language spoken in Botswana, and is roughly the size of a tennis ball.

In 2015, Lucara found the 1,109-carat Lesedi La Rona, which at the time was the second-largest ever and eventually sold for $53 million (€47.6 million). The mine has also yielded a 813-carat stone that fetched a record $63 million. Those two gems were both much more valuable Type-IIa stones.

The biggest diamond discovered is the 3,106-carat Cullinan, found near Pretoria in South Africa in 1905. It was cut into several polished gems, the two largest of which – the Great Star of Africa and the Lesser Star of Africa – are set in the crown jewels of Britain. – Bloomberg