The world’s hottest property market over the past two years has cooled to a 2.9% return 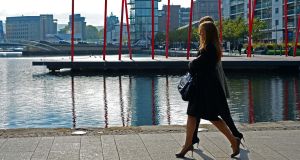 The latest returns from the Irish commercial property sector shows that there has been a cooling down in what was the world’s top-performing property market in the last two years.

The IPD/SCSI Ireland Quarterly Property Index also reported that income return in the first quarter remained steady at 1.2 per cent, unchanged from the previous quarter.

In terms of raw numbers, the IPD Global Annual Property Index separately reported that the hottest European markets in 2014, Ireland and the UK, cooled off even as Ireland remained the highest performing global market with a 25 per cent total return in 2015, down from 40 per cent in 2014. Ireland was followed by Spain as its total return rose to 15.3 per cent from 9.4 per cent.

Industrial properties were the highest performing in the index in the first three months of 2016 with total returns of 5.6 per cent, income return of 1.9 per cent and capital value growth of 3.6 per cent, reflecting robust capital and rental value growth. Industrials in south-west Dublin were particularly strong as total return stood at 6.5 per cent there.

Retail investment properties recorded a 3.3 per cent total return, 1.2 per cent income return and 2 per cent capital value growth. Standard high-street shops steamed ahead of all others with total returns of 3.9 per cent as recent transactions made their presence felt in market valuations.

However, the office sector, typically the strongest segment over the past three years in the Irish market, recorded total returns of 2.6 per cent, down from 5.7 per cent in the previous quarter and 5.1 per cent in the same period in 2015.

Colm Lauder, senior associate at MSCI , said the capital values continued to grow in the Irish market over the course of the first quarter of 2016 and a clear slowdown in the pace of growth had confirmed that this market was stabilising after a volatile three years.

However, investors remained keen to allocate capital in the market as Irish market yields continued to represent strong value compared to equivalent European and global markets.

Lauder said the Irish market resilience was also reflected in the strength of the rental income as well as the particularly strong returns in the industrial and retail sectors.

1 EU divisions laid bare by ‘frugal four’ Covid recovery proposal
2 Schrems calls on EU authorities to intervene in ‘Kafkaesque’ DPC case
3 Player Wills site: Hines and APG to seek permission for 416 homes
4 Pricewatch: Coronavirus has given us four categories of shopper
5 Volkswagen agrees to compensate German motorists
6 Eir sells mobile mast infrastructure company for €300m
7 Economies can be restarted if bold and imaginative choices are made
8 Will remote working mean an end for the corporate HQ?
9 Bayer reaches agreement in 125,000 US cancer lawsuits
10 Pilita Clark: A lot of us are losing it in lockdown – but we really shouldn’t
Real news has value SUBSCRIBE