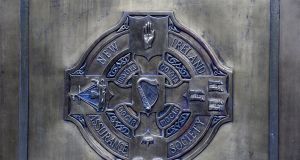 New Ireland said it would remove the requirement from its Property Fund and Pension Property Fund from Friday 20th. Photograph: Cyril Byrne

Investors in property funds run by Bank of Ireland’s New Ireland unit will no longer face a six-month wait to withdraw their money, as the company dropped a measure introduced as the pandemic took hold.

In March, New Ireland deferred redemptions for as long as six months on three funds, adding to a raft of other finance firms make similar moves as the pandemic spooked investors and made property harder to value.

New Ireland would remove the requirement from its Property Fund and Pension Property Fund from Friday 20th, a company spokesman said.

The deferral period on its European Real Estate Fund will be retained.

Since the pandemic hit, rents and valuations have dropped as lockdowns to control the virus spread damaged the economy.

Still, the Irish market has seen a number of real estate deals in recent weeks. Pacific Investment Management agreed terms to rent office space in Dublin, while Kennedy-Wilson Holdings sold an office block in the capital for $165 million (€139 million) in October. – Bloomberg