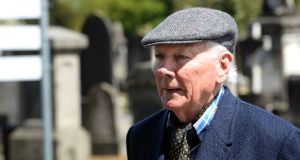 A dispute between a financial fund and a partnership comprising broadcaster Gay Byrne, his wife Kathleen and their two daughters has been settled.

Feniton Property Finance DAC had sought summary judgment of €1.2 million against the Clonskeagh Partnership arising out of an alleged failure to repay a loan advanced more than a decade ago.

The partnership is made up of Gay Byrne and his wife Kathleen of Shrewsbury Square, Sandymount Avenue, Dublin 4, and their daughters Susan O’Byrne an office manager of Onslow, The Baily Howth, Co Dublin and Crona Byrne, an entrepreneur, of Tinerana, Raheenmore in Co Clare.

In 2015, the fund acquired a loan of €1 million advanced to the partnership from Bank of Scotland (Ireland) in August 2007. The fund claimed the purpose of the loan was to fund an investment by the partnership in the Quinlan Private CERDII Fund.

The claim was admitted to the fast track commercial court list in November by Mr Justice Brian McGovern.

The dispute went to mediation, and on Friday the judge was informed the matter had been resolved and could be struck out. No details were given.

Previously, the Commercial Court was told the loan was advanced to the partnership for a period of six years which expired in 2013.

In November 2015, the fund purchased the loan from BOSI. In its proceedings, Feniton claimed the monies borrowed were not repaid, and made a demand for payment of €1.2 million in April 2017.

The fund claimed the demand was not satisfied and the dispute was later admitted to the commercial court list.

1 Should my mam wait for house prices to drop before buying?
2 Two prominent business leaders in planning row with neighbour
3 Cheers: Conor McGregor's whiskey races up the sales chart
4 Coronavirus: Big majority ‘uncomfortable’ returning to everyday activities
5 ‘I’m so lucky to be in the Caribbean – a million miles from Derry Girls’
6 Battle for control of America’s mammoth utility industry set to intensify
7 Citigroup warns that markets are out of step with reality
8 Why we’re about to learn if we are really in the A-team
9 Tobacco makers still trying to make a mint from Irish menthol market
10 Chris Johns: Past is another country when it comes to our post-pandemic future
Real news has value SUBSCRIBE