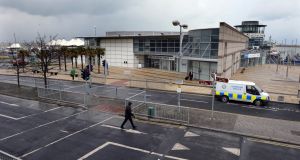 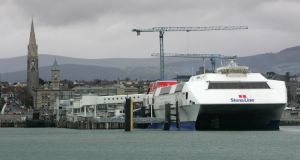 The former ferry terminal at St Michael’s Pier in Dún Laoghaire Harbour is on the letting market with agent Lisney quoting an indicative rent for its front section of €215 per sq m (€20 per sq ft) for a 10-year lease.

Dún Laoghaire Harbour Company’s decision to lease the building comes hot on the heels of An Bord Pleanála giving the green light last week for an €18 million cruise ship berth in the harbour which can accommodate liners of up to 250m (820ft) – or 80 per cent of the cruise ships which currently visit Dublin Bay.

This will allow Dún Laoghaire to compete with Dublin Port for the highly lucrative cruise ship business. The new berth could attract 50 cruise ship calls a year – about two a week from May to September – each with an average of 2,000 tourists who could spend a combined €10 million in the local area. The new berth will take 18 months to build with construction likely to start next year.

The ferry terminal building, which will not be required by the cruise ships, was built to accommodate Stena’s HSS service to Holyhead which began in 1995 and ended in 2015. It is arranged for duty free shopping and departure/arrival facilities for foot passengers. There is also a former first-floor restaurant, 460sq m (4,951sq ft) of offices and ample ground-level car-parking.

Under the Dún Laoghaire Rathdown Development Plan, many uses are permitted (subject to planning permission) for the facility, including offices, retail, hotel, community, leisure and exhibition space.

The terminal is a two-minute walk from the Dart station which is also served by a number of Dublin Bus routes. It is close to the town centre, the €36.6 million Lexicon library and the area around the Pavilion theatre which has been greatly improved in recent years.

In addition, redevelopment works on the town’s long-derelict baths are due to begin early in 2017 while planning permission was granted in July for a €10 million redevelopment of Dún Laoghaire Shopping Centre that should be completed by the second quarter of 2017. Two weeks ago a division of Bank of Ireland announced it is relocating 100 employees from East Point Business Park in Dublin 3 to Adelphi Plaza on George’s Street Upper in Dún Laoghaire.

It will be interesting to see who gets to eventually occupy the former ferry terminal, especially as Ross Shorten of Lisney suggests the space “can potentially be sub-divided depending on the nature of the proposals received in order to maximise the building’s superb harbour views and maritime atmosphere”.

He believes the 10-year lease on offer “will appeal to larger space occupiers seeking a longer term over which to reap the benefits of any conversion capital investment into rearranging the space to suit their needs”.

Lisney is seeking expressions of interest and offers of rent for the former ferry terminal by noon on December 13th.