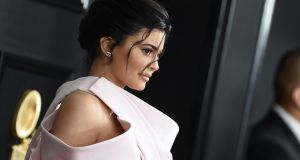 Beauty industry gian Coty is buying a controlling stake in Kylie Jenner’s cosmetics company for $600 million, cements her status as a business mogul at the age of just 22.

The Government will this morning sign the controversial contract to extend broadband coverage to over 500,000 rural homes and business. The contract will be signed with National Broadband Ireland, the group led by US businessman David McCourt, at an event in Co Wicklow on Tuesday morning after a special early morning Cabinet meeting at Government Buildings to approve the plan.

Michael Smurfit is expected to agree the sale of his K Club golf resort in Co Kildare within the coming weeks as negotiations with hotelier and nursing home operator Michael Fetherston, the preferred bidder, near conclusion. Sources suggest the five-star hotel and golf resort will change hands for about €70 million, which is below the original €80 million asking price.

Lidl Ireland has committed to paying staff the updated living wage rate of €12.30 per hour. The German discounter said the change would benefit 15 per cent or 800 of its 4,300 employees in the Republic, noting that its other staff were on higher rates of pay.

A row of words has broken out over a Cyprus-based financial services company’s stated plans to create 1,500 jobs in Waterford city and the southeast.

Beauty industry gian Coty is buying a controlling stake in Kylie Jenner’s cosmetics company for $600 million (€542 million) in a bet that the youngest Kardashian sister’s celebrity and social media savvy will help revive growth at its flagging beauty business. For Ms Jenner, selling a chunk of her four-year old company at a rough valuation of $1.2 billion cements her status as a mogul at the age of just 22.

Irish biscuit maker East Coast Bakehouse forecasts exports to account for 80 per cent of its business in the coming three years as the company this year approaches break even. Peter Hamilton reports.

Cantillon considers the ongoing broadband saga, along with preparations for an IPO by Saudi oil giant Aramco.

In her media and marketing column, Laura Slattery considers the future of RTÉ2 in light of the broadcaster’s decision to shift its “biggest sporting moments” to RTÉ One. She asks: “Will RTÉ ‘evolve’ beyond the need for RTÉ2?”

Finally, in her personal finance coverage, Joanna Hunt assesses the pros and cons of doing your Christmas shopping online, while Pronsias O’Mahony asks whether investors should be fearful of proposals from US presidential candidate Elizabeth Warren.