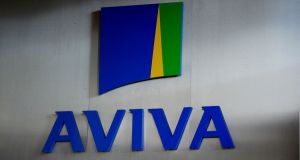 Aviva Life & Pensions has brought a case over its sale of the Bank of Ireland building in Balbriggan. Photograph: Aidan Crawley

A legal action aimed at finalising the €5.5 million sale of the Bank of Ireland building in Balbriggan, Co Dublin, has been admitted to the fast-track Commercial Court.

The action, by Aviva Life & Pensions Ireland, is against Elkstone Capital Partners Ltd, and arose from a contract last February under which Aviva agreed to sell, and Elkstone to purchase, the Bank of Ireland building at 24 and 26 Dublin Street, Balbriggan, for €5.5 million.

In its action, Aviva claims the full sum under the contract was to have been paid by March 11th, 2020, but that has not happened.

A completion notice was served on March 19th and, on April 15th last, the day before that notice was due to expire, solicitors for Elkstone disputed the manner of service of the notice on “technical grounds”, Aviva claims.

In that April 14th letter, solicitors for Elkstone referred to the Covid-129 pandemic as a reason for not closing the sale in accordance with the contract.

Aviva’s solicitors replied the same day saying it was ready, willing and able to complete the sale and asked the defendant to arrange a completion appointment. Solicitors for Elkstone confirmed on April 17th it intended to complete the purchase but it has failed to do so, Aviva claims.

When the case came before Mr Justice David Barniville on Monday, Bernard Dunleavy SC, for Elkstone, said, leaving aside the concerns about service of the completion notice, the sale would be closed on July 24th.

To allow for that, counsel asked that Aviva’s application to have the proceedings admitted to the fast-track Commercial Court list be adjourned for two weeks. Payment of the money would mean the matter would not be appropriate for the court, counsel said.

Mr Dunleavy also said a mediation declaration should have accompanied Aviva’s application to the court.

If the money is not paid, his side will agree to such directions as would ensure the matter can return on the date originally envisaged, he added.

Counsel for Aviva said there was “nothing to mediate” as the sale should have been completed in March.

Mr Justice Barniville said he would admit the case to the court’s list but, in light of the defendant’s offer, would adjourn it for two weeks.