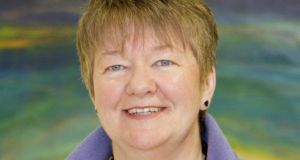 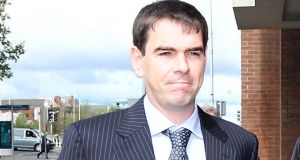 It’s the picture round: name the four people pictured. Here are some clues: one is the chairman of a Dublin-listed stock market company; another was appointed to a top position in Northern Ireland; another is the chair of a newly formed State-owned company; and another served his time and can now get a mortgage. This is person D 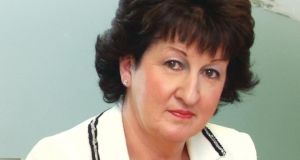 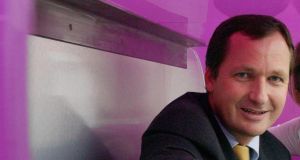 1 Which five companies were admitted to trading on the Irish Stock Exchange in 2013?

2 Which companies will Ervia oversee next year?

3 Ryanair deputy chief executive Michael Cawley announced his intention to step down from the airline earlier this year. When did he join the company?

5 Which State role did Willie Walsh accept in 2013?

6 Which three executives were suspended in November by insurer RSA at its Irish subsidiary?

8 Which pub group’s entry to the Irish market provided a tonic to the sector here?

9 Why did Nama withdraw a contract from US outsourcing group Serco in September?

10 Which State entity is ISIF replacing?

11 What was Facebook’s IPO float price when it debuted on the Nasdaq in May?

12 Which well-known retail brand will disappear from Ireland in February?

13 “In the Irish Sun we strive to share the qualities that make the newspaper great in print and digital, but we also strive to cater for our own readers’ needs and reflect the cultural differences in Ireland,” Paul Clarkson, editor of the Irish Sun said earlier this year. What was he referring to?

14 Who represented Ireland at this year’s Ernst & Young World Entrepreneur of the Year awards in Monaco?

15 Which Australian financial group has taken over as the main sponsor of Shamrock Rovers football club for the next three years?

16 In banking, what are CoCos?

17 It’s the picture round: name the four people pictured on the right. Here are some clues: one is the chairman of a Dublin-listed stock market company; another was appointed to a top position in Northern Ireland; another is the chair of a newly formed State-owned company; and another served his time and can now get a mortgage.

18 How much did Denis O’Brien say his Digicel company spent on its failed bid application for a telecoms licence in Burma?

19 Which Irish company did C&C get clearance to acquire in February?

20 Which new building in Ireland did Sony lend its brand to this year?

21 How are Ion Equity, Nama and Irish Life publicly related?

22 What is the real name of former Dublin cafe owner Sebastian Hobart?

23 “Wonderful company doing big things in digital content and video, will be a great asset to @newscorp.”
Which Irish company was media baron Rupert Murdoch tweeting about in December?

24 Which popular nightclub did multibillionaire space travel-to-electric car maker Elon Musk pop into during the Dublin Web Summit after he had met earlier with Taoiseach Enda Kenny?

25 What are they no longer putting on the Ritz in Enniskerry?

26 In which US state are Sean Dunne and his wife now living?

27 Who did Pat Kenny displace from Newstalk’s morning radio schedule when he quit RTÉ earlier this year?

28 On what date did Ireland officially exit its EU-IMF bailout programme?

29 It is now called Aurivo but what was it its former name?

30 What did the Marriott Courtyard, the Normandy and the Back Bay Hotel have in common this year?

This year, the winner of the Ciarán Hancock’s Christmas Quiz will receive a two-day visit for two people to the Irish Whiskey Academy at Midleton Distillery to learn about the craft and experience that goes into producing some of Ireland’s greatest whiskeys, including the Jameson, Powers, Paddy, Redbreast, Midleton and Spot Whiskeys range at the converted 18th-century Miller’s House in Midleton.

A truly unforgettable experience for the whiskey enthusiast, you will even get to distil your own whiskey in Irish Distillers’ Irish Whiskey Academy mini-distillation laboratory and meet some of the distillery team. The prize includes five-star accommodation and meals over the two days. And The Irish Times will be on hand to record your visit.

And there’s a special prize too for the first name out of the hat from all completed entries – a Nokia Lumia 625 smartphone, generously donated by Vodafone. With its supersize screen, this Windows 8 phone is ideal for those using social media on the move, or simply browsing websites or watching video.

So you’ve every incentive just to enter. Good luck with the answers and happy Christmas to you all.

Entries should be sent for my attention to:
The Irish Times, 24 Tara Street, Dublin 2 or by email to bizquiz@irishtimes.com

Entries must be received by close of business on Friday, January 3rd. We’ll announce the winner the following week.