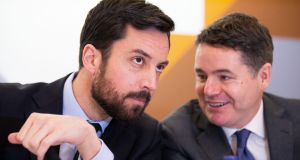 Including housing in the State’s annual budget is a bad idea.

Housing market measures take years to produce results and the annual pressure to be seen to be doing “something” at best results in meaningless changes which have zero effect. At worst, it throws a spanner into a machine which should be running at a steady, reliable pace.

The Government already has multi-annual capital programmes for the delivery of social housing which it keeps saying are delivering results, so why not let them run?

The Serviced Sites Fund has a three-year budget of €310 million, announced last year, to subsidise the construction of affordable housing on local authority lands up to 2021. This time last year, Minister for Housing Eoghan Murphy said the first of these homes would be available to eligible low- and middle-income buyers early next year.

This looks to be an extremely fanciful target, given that local authorities have yet to be issued with the full regulations to run the fund, including eligibility criteria for who can buy the houses, and also because construction has yet to begin on any homes.

The lack of progress in developing social housing is perhaps reflected in the fact that the Serviced Sites Fund is one of the few housing measures to see a cut in funding in Budget 2020. Of its €310 million total allocation, which is used to provide infrastructure such as sewage pipes and roads to service local authority sites, €142 million had been due to be spent in 2020. This has now been cut to €126 million. That said, the €84 million allocated to sites earlier this year, and the €40 million allocated last year, has yet to be spent, meaning the 2020 cut is unlikely to draw much blood.

The pointlessness of this annual affordable housing declaration of intent is underlined by the fact that the scheme was first announced four years ago as part of Budget 2016.

Housing charities were also disappointed by Budget 2020 when there was no announcement of an affordable rental scheme, which is far further down the ladder in terms of the Department of Housing’s priorities.

Most of the housing bodies welcomed the additional €20 million for homeless services, and €80 million for the housing assistance payment, but regretted the fact that these measures were needed at all.

On the private construction side, the constant tinkering with standards and regulations – shrinking apartments here, growing the height of blocks there – has resulted in developers sitting back to see what’s going to come out of the next layer of pass the parcel wrapping before they commit to putting a shovel in the ground, or worse, taking the shovels out of the ground midway through a project and returning to the planning process to see what more they can get.

Fortunately these aren’t budget issues and the only specific measure to “encourage” private construction, was the extension of the help-to-buy scheme, which offers first-time buyers a tax rebate of up to €20,000 on the purchase of new homes worth up to €500,000. It has been expected that this threshold would be lowered, due to allegations that it was being used by buyers who did not actually need it, but it was maintained as is.

At least it wasn’t substituted for another new exciting scheme just for the sake of it.