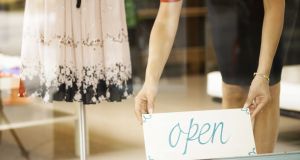 The Government achieved a rare feat by uniting many of the groups that vocally represent small businesses and entrepreneurs in praise of the budget.

Finance minister Michael Noonan’s pledge to pursue “tax equalisation” for the self employed, beginning with the introduction of an Earned Income Tax Credit of €550 in 2016, was warmly welcomed by sector representatives.

Groups including Small Firms Association and the Irish Small and Medium Enterprises Association (Isme ) also praised the slashing of capital gains tax on the sale of small businesses from 33 per cent to 20 per cent.

The SFA said it was a “significant boost” while Isme chief executive Mark Fielding said it will “really help” entrepreneurs who sell businesses and stakes up to a limit of €1 million.

Others, such as the British-Irish Chamber of Commerce, argued it is insufficient compared with the UK rate of 10 per cent. Padraig Cronin, a partner with Deloitte, said it was “nowhere near enough” although he acknowledged there were some “meaningful” supports in the budget for small business owners.

The earned income credit, introduced to bridge some of the gap created by the €1,650 PAYE tax credit that is unavailable to the self-employed, will be increased in “future budgets”, the minister indicated.

Isme, however, called on him to “finish the job” next year by tripling it to the same level as the PAYE credit in 2017. SFA chief executive Patrician Callan said the “introduction of the principle” was as important as the credit itself.

Several small business groups had called on the Government to eliminate the extra 3 per cent in Universal Social Charge payments imposed on self employed workers earning over €100,000 when compared with PAYE workers.

Ms Callan said she was “disappointed” it was not addressed but she understood the need to prioritise issues.

The Professional Insurance Brokers Association, however, argued the self employed are still “discriminated” against in the tax system.

Other measures aimed at small business and entrepreneurs introduced by Mr Noonan included an extension of the three-year tax relief for start-ups, which was due to run out this year, for a further three years until the end of 2018.

He also doubled to €10 million the limit for raising finance the Employment and Investment Incentive Scheme.

The Department of Jobs, Enterprise and Innovation trumpeted the budget as a “bullseye” for job creation. Mr Cronin, however, said it lacked more “targeted measures for super-growth”.

“It’s an election budget and there is a little bit for everybody. Irish entrepreneurship has been more recognised in this budget, which is to be welcomeed. But more could have been done,” he said.

Deloitte had called for the introduction of more tax efficient financing schemes for the SME sector.

Ms Callan welcomed the Government’s moves to formally consult with the small business sector in advance of the budget ona range of issues.

“That’s much better now. But they push us to prioritise what we hope to achieve. We know we won’t get everything we ask for. Overall we are happy,” she said.

The well-flagged hike in the minimum wage from €8.65 to €9.15 will directly affect many SMEs, especially outside of Dublin, said sector representatives.

The SFA expressed concern that it would also lead to requests for pay rises by slighly higher paid workers, who would want to maintain the gap to the lowest paid staff. “A 50 cents increase is a very round number. It was just plucked out of the air,” said Ms Callan.

Q&A Dominic Coyle: Why can my grandson not get free preschool?

Was Budget 2016 progressive or regressive?

Calculator 2016 How has the budget hit your pocket?

Ask the Experts Your Budget 2016 queries are answered here

Was Budget 2016 progressive or regressive?

From Coalition’s subjective perspective of the Coalition, the budget was politically balanced

Agency says Government’s €1.5 billion in supplementary spending should be ‘feasible’

Q&A Dominic Coyle: Why can my grandson not get free preschool?

Is there any chance the second ECCE year will be in place by January 2016?

Figures add up to election early next year

Miriam Lord: Out of the swamp, onto the yellow brick road

Having dragged Ireland back from the cliff, Kenny stopped for a rest at a fork in the road

2:14 PwC: What this budget means for corporate tax

5:11 Budget 2016: Arthur Beesley and Cliff Taylor give their verdict

2:15 PwC: How did this budget effect your personal tax?