Imposition of 11 per cent USC on self-employed earning over €100,000 deemed unfair 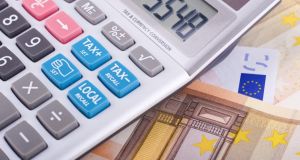 The SFA claims that the Government has broken a promise to end the 3 per cent USC charge imposed earlier on the self-employed.

The association criticised the imposition of the 11 per cent Universal Social Charge on self-employed people earning more than €100,000 a year and claimed the government has broken a promise to end the 3 per cent USC charge imposed earlier on the self-employed.

SFA chairman AJ Noonan said: “It is critical that there is at least equity in treatment between employees and proprietary directors/self-employed people in the tax system and that risk takers are not discriminated against. In a still high unemployment economy, we should be doing everything possible to incentivise self-employment and small business start-ups.”

Yesterday, SFA director Patricia Callan said members of the association would try to get the move reversed. She said that when the USC came into being in 2010, an additional loading was placed on the self-employed which the Government said would run out at the end of this year. Instead, it has been extended, she said.