Miriam Lord is a colour writer and columnist with The Irish Times. She writes the Dáil Sketch and her review of political happenings (Miriam Lord’s Week) appears every Saturday.

Miriam Lord: New TDs have a great welcome for themselves

Miriam Lord: Sinn Féin voters may be denied the gift they most desire

Miriam Lord: Leo snaps up the sausages and steaks to beef up Fine Gael’s chances

Miriam Lord: Childcare workers give candidates a wake up call

Miriam Lord: After the bunfight, Brendan breaks out the bonhomie

Miriam Lord: The Three Amigos. The lads. The state of them

It’s all good fun, but Shane Ross is under no illusions Dublin Rathdown seat is in danger

These were no ordinary candidates – they were junior ministerial candidates

Taoiseach’s visit is latest in wave of politician invasions, but it wasn’t a complete washout

UN index that rated Ireland third-best country to live in in the world is Taoiseach's answer to questions about poverty and homele(...)

Miriam Lord: Poor Dara Murphy, poor Leo Varadkar and all the other victims in Fine Gael

Election fever simmers as politicians begin stockpiling ammunition – against each other

Miriam Lord: What’s Leo going to do about You-Know-Who?

Learjet woes, compo culture and Maria Bailey all made an appearance this week

The florid rabbiting of the former speaker, although entertaining, can become trying

Miriam Lord: So long, Uncle Gaybo, even in death you got it right

Do TDs fob each other into the chamber? Lt Columbo aka Paul Murphy cracks the case

Miriam Lord: The pressing mystery of the Four Buttoneers

Dáil makes a meal of latest shambles to darken its democratic, buttoned-up world

The party needs to stop talking itself into opposition, reckons Simon Harris

Miriam Lord: Was Leo caught rapid reading a budget speech someone else wrote?

Taoiseach tries to impress with biblical and literary quotes, but is hoist by his own petard

Miriam Lord: Welcome to the House of Funds budget for Brexit madness

Miriam Lord: A scare in Sligo as FF ghosts come out for ‘Mac the Knife’

Miriam Lord: Elevation of nonsense is the new normal

Thanks to Johnson and his ‘non-papers’ it’s only a matter of time before . . . non-budget leaks

Miriam Lord: Brendan Ogle eager to get back in the leftie limelight

With Paul Murphy starting his own party, Ogle thinks it’s a good time to unite socialists

Miriam Lord: Brexit ‘like being eight and a half months pregnant for three years’

Back in their expensively refurbished Upper House, the talk was still resolutely cheap

Miriam Lord’s Week: Paschal gets a birthday surprise from Javid

Miriam Lord: No fighting cocks at the ploughing but plenty of cowboy hats

Miriam Lord: It’s not eviction – it’s just psyching people out of their homes

Dáil Sketch: Tenants told ‘notice to quit’ is not the same as eviction – they’ll sleep easy, so

Leo Varadkar leads his B Team back for a new Dáil term but where’s the Brexit plan?

Miriam Lord: Is Adams in the hot tub and other burning questions from the SF think-in

Mercifully for the small band of media in Gorey, all the sessions were held in private

Miriam Lord: No dreams were harmed in the making of this All-Ireland epic

A repentant Leo is smarting for his sins after troublesome week

Miriam Lord: Laughing Taoiseach admits his fan mail days are behind him

Miriam Lord: Richard Bruton is like an oxygen eater in an upturned boat

Ministers in a tizzy about last week’s column; and yours truly comes a quiz cropper

Miriam Lord: Healy-Raes honour Jackie with a hooley in the middle of the day

Miriam Lord: Paschal hails the stabilisers as he pedals into the unknown

The Minister is a man with a plan, or rather two plans

Miriam Lord: It’s all in a day’s work for Síoda and Bród

The First Dogs are more than ice-breakers, ‘they’re also a great source of wisdom’

Miriam Lord: Seanad may be jury and executioner for judges Bill

Miriam Lord: the doorsteps have taken to shouting about home-care supports

Miriam Lord: Leo is keeping the fiscal Barbarians from the gate

Miriam Lord: Shannon in a lather of stress and excitement before circus heads for Doonbeg

Miriam Lord: No tripping up Heather Humphreys on insurance issue

‘Humanity has been crossed,’ she sniffed in a rivetingly mortifying radio interview

Miriam Lord: Down with this particular sort of swing!

Miriam Lord: Swings and roundabouts for Fine Gael as it seeks to tackle compo culture

Calculator 2015 How has the budget hit your pocket?

Budget Live Budget 2015 as it happened

Budget Timeline A look back over the past 10 budgets

Can I see my father’s previous wills? 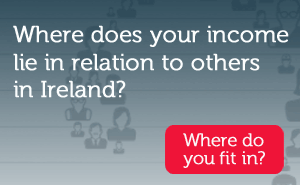 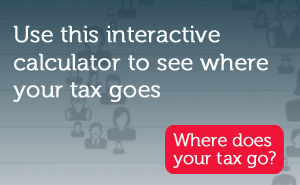 The Living Wage Should €11.45 an hour be the new minimum?