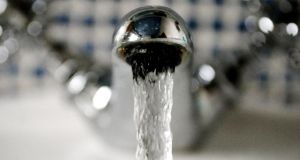 The establishment of Irish Water was conducted in a way that kept most of its spending and borrowing off the State balance sheet, for the purpose of judging EU targets. Photograph: Rui Vieira/PA

The Government cannot back down on implementing the water charges without it having a very significant impact on its budgetary arithmetic. Official estimates are that abandoning the charges would add more than €800 million to official government borrowing both next year and the year after.

The establishment of Irish Water was conducted in a way that kept most of its spending and borrowing off the state balance sheet, for the purpose of judging EU targets. This is possible in cases where non-government funding, such as the levying of charges from the public, accounts for the bulk of operating costs.

Sources say that for this reason the metering programme, charges and the level of state subvention for Irish Water are now set, explaining the focus put on possible reforms of the organisations’s structure and governance.

As things stand, and assuming €300 million was raised in charges from the public, a decision not to keep the state funding of Irish Water off balance sheet would add more than €500 million to the deficit both this year and next.

This is a significant figure in the context of a budget where just €1 billion was added to spending and revenue by all the budget-day measures.

Investment being funded by the State in Ireland’s water network would also come back onto the state balance sheet, if the rules for Irish Water getting the bulk of its funding from elsewhere were not met.

Official estimates are that this would increase general government debt – the measure used by the EU to assess our national debt – by some €1 billion over the next three years.

Irish Water’s funding for its current and capital budgets will come from a variety of sources, including water charges, government subvention (replacing the money previously paid to local authorities), a state equity injection and also money from the European Investment Bank.

The structure was designed to meet rules set by the EU statistical body, Eurostat, to keep Irish Water as a “market corporation” and thus off the exchequer balance sheet for the purposes of meeting EU deficit and debt targets.