Patent protection for start-ups: what you need to know

Applications cost about €5,000 but will keep your idea protected for up to 20 years 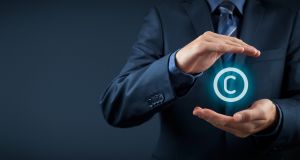 Every start-up company will usually have something uniquely different from their competitors or even a whole new invention, something they consider their magic ingredient, but how do you ensure it’s protected?

Fergal Brady is an examiner in the Irish Patents Office and says his role is to settle the issues of “What are you describing? Is it clear? Has it been done before?” when it comes to patent applications.

There are four strands of protection that may apply to your company’s intellectual property. “There are patents which are for inventions where there is a technical advance, there is trademarking which is for your brand and identity in the marketplace. A third form of protection is design protection which covers the aesthetics of something.”

“The fourth form of protection is copyright. If you’re a publishing house, for example, copyright is very important because copyright protects artistic works as opposed to design,” says Brady.

Irish patents last for a maximum of 20 years. Irish companies can also apply for a short-term patent, valid for a maximum of 10 years. Before applying for a patent, it’s imperative that you do thorough research to ascertain whether your idea really is new and inventive. You can apply for a patent yourself, but Brady recommends speaking to a patent attorney or lawyer if you can afford it.

“We would recommend [start-ups] consider a patent agent, qualified both scientifically and legally. The patent is only as good as it’s written. It’s important when you come to get a patent that you know the extent of your invention because if you sell yourself short you will only get a patent for as much as you asked for; if you ask too much, we will probably refuse it because you’ve asked for things you haven’t invented,” says Brady.

Why did patenting come about in the first place? “If you go back to the middle ages where rule was by the king, he would give rights to people by the form of long letters with his official seal at the end and these were called letters patent. What patent means here is open, viewable. It was a public expression of the right the king has given you,” says Brady.

Donnacha Curley is a patent attorney at Hanna Moore and Curley who focuses on helping clients get protection for their ideas and innovation.

“When someone comes to us saying “we want a patent”, we take a step back and ask them to explain to us what their product is and what their commercial plan is for their product,” says Curley.

“The actual way a patent works is, you’re doing a deal with the State, if you will. The State is giving you a monopoly on the idea, and in return you are telling the idea to the State and to everybody. The idea is that we, the State, the general population, gain from this additional knowledge and in return you get to have a monopoly for a reasonably short time.”

“A patent protects an invention and an invention is generally a technical solution to a technical problem. Take the case of the wonderful Irish success story ‘Baileys’. Superficially, the problem was if you are trying to make an Irish liqueur, the cream curdles so the patent was directed to the process of being able to make cream liqueur without curdling.

“That was what the patent was protecting and would only last for a limited period of time. Once it is expired, anybody is free to use it. You have to pay each year to keep it [after the patent expires] and it gets more expensive as time goes on.

“The theory is that when you start off as a business you won’t be making money from your products, but as time goes on you should be making more money as you get more successful. So the patent renewal fees are tied into this concept,” says Curley.

The patent process is complex, not to be taken lightly and Curley advises start-ups to be aware of the cost. “To get a patent application on file, a ballpark figure would be about €5,000. The Patent Office will cost you €50 or €60, the fee they charge to take the piece of paper in at the door, the €5,000 is to prepare the piece of paper that goes in the door.

“To compare it, it would be like getting an architect to do your house. The county council will charge you an €80 planning application fee but your architect will charge you a lot more than €80 to put the plans together. It’s the same with a patent application. Putting the documents together is where the expense is,” says Curley.

Sometimes patent protection is just not suitable at all for start-up companies on a lean budget and they can consider a mix of different protections, even things like ensuring domain names are registered, says Curley.

Imitation is the highest form of flattery, and Curley says when it comes to your business that if somebody is stealing your idea you’ve done something right.

“If somebody actually goes to the point of copying you, take it as a compliment and reassurance that you actually have something valuable and worth copying. Whenever anybody tells me they have somebody copying them I tend to say, ‘Congratulations, you’re obviously succeeding’,” says Curley.

But if somebody does copy elements of your product or service or brand, what action can you take? “If you’ve got the patent the first thing you would do is write to them telling them they must cease and desist. You must point out the patent to them and give them an opportunity to see it.

“Once you’ve done that the ball is in their court, they can either stop and say sorry and if they persist in making the product you have patented in the full knowledge this product exists already, then you’re going to court certainly. This is the other reason that you want a lawyer at the start, they’re going to have a lawyer who will look at your patent for any flaws and loopholes to get off the hook,” says Brady.

Brady says that patent litigation in Ireland is very rare with one or two cases a year.

“I don’t want to sound like a patent evangelist but you are being rewarded for your effort [with a patent], and society is being rewarded by a deeper understanding of technology because technology has gone that little bit further. We are trying to push progress. I’m not saying it’s a perfect system but that’s kind of the motivation behind having it,” says Brady.

The Irish Patents Office offers a free patent clinic service and you can also get advice from your Local Enterprise Office.