Nestlé to take on 500 employees from Starbucks in alliance

Nestlé has already agreed to pay $7.15bn for the right to market Starbucks products 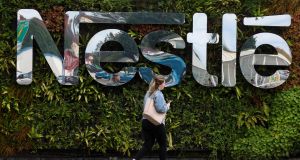 Nestlé said it was taking on about 500 employees from Starbucks as the two coffee sellers seal their consumer-goods alliance. Nestlé was hiring the employees in the US and Europe, with the majority in Seattle and London, the Vevey, Switzerland-based company said on Tuesday. In May, Nestlé agreed to pay $7.15 billion (€6.1 billion) for the right to market Starbucks products from beans to capsules, marrying its international distribution network with the allure of one of the biggest names in coffee.

Nestlé is harnessing the name recognition of Starbucks, with its 28,000 outlets around the globe and massive draw in the US. Nestlé has struggled there for years with its own products like Nespresso and Dolce Gusto.