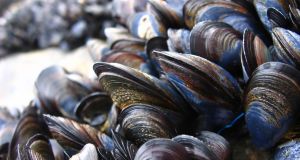 The Government in 2008 temporarily prohibited mussel seed fishing in Castlemaine harbour, meaning the company had no mature mussels to sell in 2010. Photograph: iStock

A Co Kerry mussel producer has failed in its attempt to challenge EU environmental legislation in the Strasbourg European Court of Human Rights.

The company, which is based in Killorglin and cultivates mussels in Castlemaine harbour, had asked the court in O’Sullivan McCarthy Mussel Development Ltd v Ireland to say that its financial losses caused by implementation of an EU regulation were a violation of its right to property.

The Government had in 2008 temporarily prohibited mussel seed fishing in Castlemaine harbour after the Court of Justice of the European Union found the State had failed to fulfil its obligations under two EU environmental directives. The company thus had no mature mussels to sell in 2010, causing a loss of profit.

The ECHR said that the protection of the environment and compliance with Ireland’s obligations under EU law were both legitimate objectives. As a commercial operator the company should have been aware that the need to comply with EU rules was likely to affect its business.

The Republic, the court said on Thursday, had ensured a fair balance between the general interests of the community and the protection of individual rights. There had therefore been no violation of the company’s property rights.