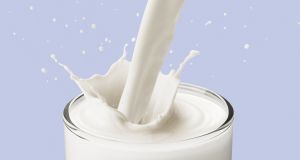 The survey of 15 major European processors, compiled by the Dutch Dairy Board, found Glanbia and Dairygold, which together process about half the State’s milk output, paid the lowest prices in April.

Two of the State’s leading dairy processors have been accused of shortchanging farmers after a survey revealed they were paying the lowest prices for milk in Europe.

The survey of 15 major European processors, compiled by the Dutch Dairy Board (LTO), found Glanbia and Dairygold, which together process about half the State’s milk output, paid the lowest prices in April.

However, the survey did not take into account a 2 cent per litre top-up, which Glanbia has paid to suppliers since last year.

Dairygold was found to pay the second-lowest price of €22.56 per 100kg, which, in the absence of any top-up, was actually worse than Glanbia’s price.

The survey’s results came as Glanbia cut its base price for milk for May to 20 cent a litre, the lowest level in over seven years amid the ongoing turmoil in dairy markets.

“The LTO simply does not compare like with like because it does not include these very significant contributors to the total pay-out to our milk suppliers by Glanbia,” the company said in a statement to The Irish Times.

“The differential in the LTO listing between Irish processors and the other European processors is reflective of the different market outlets and product mix produced,” the co-op said.

It said that 90 per cent of Irish milk output was exported to world commodity markets, which were subject to cyclical movement and accordingly volatile pricing, whereas the major part of the European milk pool is manufactured into higher value-added consumer products for strong domestic markets.

Nonetheless, the Irish Creamery Milk Suppliers’ Association (ICMSA) said the figures in the survey spoke for themselves.

“Irish farmers are simply looking for a fair reward for their produce and the question becomes: given the excellent quality of our product, how is there such a price differential?” the ICMSA’s dairy committee chairman Gerald Quain said.