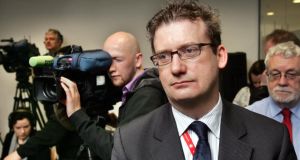 Glanbia Plc has appointed Mark Garrett, former chief of staff in the Tánaiste’s office, as its director of communications and public affairs.

Mr Garrett was appointed Chef de Cabinet by former Tánaiste Eamon Gilmore in 2007. Previously he managed media relations for global consulting firm McKinsey in New York. He has also served as head of communications with the Competition Authority and as public affairs manager with the Digital Hub Development Agency.

Glanbia also announced that its group corporate communications director Geraldine Kearney has been appointed director of global sustainability and corporate social responsibility. Ms Kearney joined Glanbia in 2004 from Murray Consultants where she was a director.