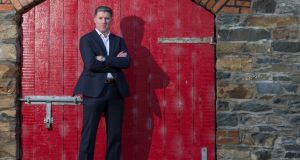 Irish duck is turning up on the menus of some of the finest restaurants in Singapore, with a Co Monaghan producer exporting 20,000 ducks a month to the city.

The ducks from Silver Hill Farm in Emyvale have been hailed in Singapore as the “Wagyu of the fowl world”.

Comparisons between Irish duck and the famed Japanese beef, with its rich fat marbling and high price, have seen sales soar, and the Irish company is now hoping to break into the even more lucrative Hong Kong market.

Food magazines and mainstream newspapers in Singapore have published glowing articles in recent months about the free range nature of the Irish ducks, their grain-based diet and the way they are serenaded with soft music in the slaughter house so as to make their muscles relax and the meat more tender.

It is far from all this that Ronnie and Lyla Steele’s early ducks were reared.

The couple opened in Emyvale in the early 1960s with just six breeding ducks. As well as sales in Ireland, the company has carefully cultivated high-end markets abroad, including top Asian restaurants and five-star hotels in London.

“We decided to concentrate on Singapore because it is an affluent country and a huge financial hub, and an awful lot of people who work in its financial district would be familiar with our product from time spent in London where we are known as the mother of all ducks,” said Silver Hill’s chief executive Micheal Briody, speaking ahead of a recent trade mission with Bord Bia to Singapore.

The Silver Hill duck is a roasting bird and well suited to one of the most popular cooking methods used by the ethnic Chinese in Singapore. “They do a slow roast duck, and because our ducks have a lot of fat, it soaks into the meat when roasted slowly and gets very tender.”

At present the farm produces 75,000 ducks a week, with 5,000 going to Singapore. Just two years ago it was producing only 35,000 a week. A further expansion is planned over the next 18 months which will see production capacity climb to 150,000.

Alongside the ducks reared on its own farm, Silver Hill employs 21 other growing farmers fanned out across the country and is looking to take on an extra six in the months ahead.

The company supplies major retailers in the Republic as well as in the UK. The birds destined for farther afield are gutted and plucked in Monaghan, blast frozen and shipped to Singapore, taking 35 days to get to their destination.

Two containers, each containing 10,000 ducks, are shipped out every month, with the number set to increase to a container a week from early next year.

The duck carcasses are sent with their heads on. “That is how they like to serve it in restaurants there. The duck is always delivered to the table with the head on - and the head has to point to the most important person at the table,” Briody said.

“I don’t think we would like it if our chickens were cooked with their heads on - but that’s what they like over there. It is just a different custom.”

Restaurants which start selling Silver Hill duck almost always reorder, he said. “When we go to business meetings in Singapore, what is striking is that bargaining about price is not to the fore. What they want to know first is if we can guarantee supply and can we get more duck to them and can we get it to them faster.

“We are the most expensive duck in the world but the quality is so high that it doesn’t really matter.”

In Singapore, a full slow-roasted duck with its head on will retail for about €35.

A good carver will be able to get 98 slices out of just one bird and that will be enough to serve up to eight people. “It is hard to do a price comparison with the Republic as we don’t tend to sell full ducks in restaurants. Typically Irish chefs cook breast fillets or confit legs.

“My biggest challenge right now is to build a bigger boat. The next step will see us move into Hong Kong. Again we are going after the affluent cities, places that are most Anglicised.”

Sales are rising closer to home, although Briody acknowledged it is a harder sell here.

“Our mothers wouldn’t have had duck on the table for a Tuesday evening dinner when we were growing up, I suppose. And I think a lot of people here have a little bit of fear when it comes to cooking duck, but even so retail sales in the last four years have quadrupled.”

Tech sector urges EIIS changes to save high-potential start-ups 14:00
Facebook may pull social media platforms from Europe 12:46
Between Covid and Brexit, the economic fallout next year will be profound 12:45
EY Entrepreneur of the Year awards: meet four industry finalists 19 Sep
Four-day week is a campaign worth watching 19 Sep