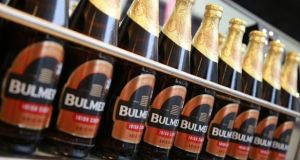 The notes, which are not secured against assets, were denominated in euros and sterling and will mature within 10 to 12 years

Cider and beer maker C&C said on Friday it has issued the equivalent of about €140 million in new debt in the US private placement market, a week after it issued a warning that Covid-19 will have a “material impact” on its performance this year.

The notes, which are not secured against assets, were denominated in euros and sterling and will mature within 10 to 12 years, the company said.

“We are very pleased to have successfully completed our first US Private Placement, particularly against the backdrop of the current market uncertainty,” said chief financial officer Jonathan Solesbury. “The issue extends the maturity of our debt as well as diversifying our capital structure. It gives the company access to a broader range of funding options in the future.”

With pubs closed in Britain and Ireland for the foreseeable C&C’s on-trade business will be down sharply this yearin the current financial year. However, the company said last week that it had reallocated resources behind its core brands’ off-trade channels, which were continuing to “perform strongly”.

C&C said at the time that its debt net level was below its target of two times earnings before interest, tax, depreciation and amortisation on February 29th, the end of its financial year. It had about €350 million of cash on hand at the time, including €210 million that had been drawn down from a revolving credit facility.

C&C said its US debt sale has met the company’s aim of diversifying the sources of debt financing and extending their maturity out to 2032 on attractive terms. It did not provide details of the rates attached to the notes.