Samco Agricultural Manufacturing was established in Ireland in 1997 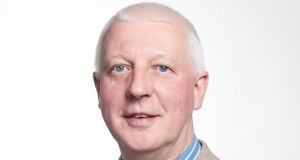 The Samco company was established in Ireland in 1997 by Samuel Shine – the original inventor and patent holder of the Samco 3-in-1 machine.

Shine developed the machine to guarantee local farmers a crop of quality forage maize in a cool, less than favourable climate for maize corn growing.

After taking over the family farm in 1978, Shine saw first-hand the difficulties arising from preserving grass silage.

He began to look into the possibilities of growing alternative crops to suit the Irish climate, spurring him to invent and patent the Samco machine in 1996.

The machine sows the seed, sprays the soil with a pre-emergence herbicide and covers the embedded seed with a degradable film.

The film is proven to increase soil and air temperature which ensures rapid plant growth in the first six weeks of the plant’s life and also protects the young plant from early frost.

Last year, 85 per cent of maize in Ireland was grown using the Samco system.

What vision prompted you to start-up your business?
During the late 1980s I had one of the largest silage contracting businesses in Munster.

I became very aware that preserving grass silage was becoming a huge issue for Irish farmers so I began to research the possibility of growing alternative crops, mainly forage maize.

This resulted in the contracting business digressing into sowing and harvesting maize.

This is where I saw the opening to investigate the possibility of designing a machine which now has evolved into the Samco Machine and the system that follows.
What was your “back-to-the-wall” moment and how did you overcome it?
The first production of our degradable film was not suitable for the system.

It was a very challenging financial time for Samco but we pursued and further developed our product on the strength of the film which had previously been made.

What were the best and worst pieces of advice you received when starting out?
Managing “SJS Contracting” for 20 years gave me a great insight into business.

The best piece of advice I was given was to try to plan for the unexpected.

Murphy’s Law always prevails – if it can happen, it more than likely will.

In terms of the worst advice, I have been advised on many occasions to invest in a large manufacturing unit.

But I chose to subcontract out some of our manufacture, and instead invested more in building a strong Samco team equipped with the skill set required.

What is your greatest business achievement to date?
To actually see the Samco Machine being used in so many different countries.

It really hits home when you watch a YouTube video of the machine laying film in countries as far away as Canada and Japan.

What top tips would you give entrepreneurs starting out today?
Success in business is never easy.

You will meet many obstacles along the way, but hard work, followed by long tireless hours are the necessary components for success.

Motivation and cash flow are key as well but, of course, dedication to your product and customer support are paramount.

1 My aunt never told us that Gran passed away with no will
2 Ryanair and Aer Lingus cut flights as travel restrictions continue
3 Pension age warning, flight cuts and a big day for the Apple tax case
4 Johnny Ronan offered Bewley’s the option to buy Grafton Street building
5 Watchdog says retirement age should be 69 by 2040 to protect State finances
6 Chambers Ireland warns July stimulus is ‘last chance’ to save the economy
7 Political row brewing if Ireland loses its appeal on Apple
8 Will Revenue come calling with tax bill if inheritance tax threshold falls?
9 Seabren secures €5.7m from sale of Dublin 12 social housing units
10 Failure to tackle pensions timebomb will have stark consequences
Real news has value SUBSCRIBE