BAI considers report on funding of RTÉ and TG4

Five-year review will be submitted to the Minister next month 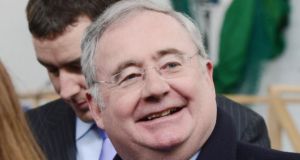 Pat Rabbitte: to get broadcasting report in May. photograph: alan betson

The Broadcasting Authority of Ireland has given “primary consideration” to a major funding review of public service broadcasting co-ordinated by the accountancy firm Crowe Horwath.

Members of the authority discussed Crowe Horwath’s report, which is based on the submissions of “key stakeholders” in the Irish broadcasting sector, at a meeting last Friday and will discuss it further on April 29th.

The report, alongside the authority’s recommendations on the future funding of RTÉ and TG4, will be submitted to Minister for Communications Pat Rabbitte in May.

The five-year funding review is required by a provision of the Broadcasting Act and will take into account a market analysis of the broader audio-visual communications sector in Ireland and trends in advertising and subscription revenues, as well as European Commission guidance on the application of State-aid rules to public service broadcasting.

Closely watched
The BAI’s recommendations are likely to be much picked over by both the deficit-laden RTÉ and its commercial rivals. While appearing on a not-for-broadcast recording of Tonight with Vincent Browne in TV3’s new Sony HD Studio last month, the Minister appeared to rule out a plea by TV3 chief executive David McRedmond for a reduction in the advertising minutes permitted on RTÉ.