Magic Of Light can take Grand National glory for Harrington

Jockey to undergo further scans this week on foot injury

Maximum field lines up for Irish Grand National like no other

Tiger Roll to run at Aintree instead of Irish Grand National

Princess Zoe set to return to action at Cork on Saturday

IHRB defend time being taken in a number high-profile investigations

No respite for Blackmore as she resumes championship quest

Cheltenham: All eyes on Envoi Allen after move away from Gordon Elliott’s yard

Cheltenham: The Storyteller can upstage Paisley Park in Stayers’ Hurdle

Cheltenham: Prodigious Monkfish to get the job done on Wednesday

‘This was never even a dream for me, it was so far from what I thought can happen in my life’

Just 170 visitors, including jockeys, will be largely confined to an ‘Irish bubble’

All systems go for participation of Foster-trained horses at Cheltenham

Cheltenham 2021: Aidan Coleman ready to reel in the big fish

Strict protocols in place for festival including ‘Irish Zone’ for visitors

Trainer’s final runner before his ban begins, Top Bandit, pipped by a nose at Leopardstown

Video delivers another hugely embarrassing blow to image of horseracing

Willie Mullins juggling anticipation and stoicism ahead of Cheltenham 2021

Tiger Roll set to take some disappointing form in to Cheltenham

Four Irish-trained runners feature on undercard at the King Abdulaziz racecourse outside Riyadh in programme worth $30.5m

‘If we get evidence we will certainly follow it up. But at this stage the case is closed’

Punchestown and Galway aim to race away during vaccination campaign

Courses have been named as county centres for Covid-19 jabs

Should our athletes jump the queue for vaccines in order to go to Olympics?

HRI expecting no substantial crowds at racecourses this year

Overnight snow could mean track joins Newbury and Warwick, both cancelled on Friday

Irish racing’s anti-doping system to be shaken up

Davy Russell still has his sights set on Cheltenham

Charles Byrnes: ‘we don’t believe that we were in any way negligent’ 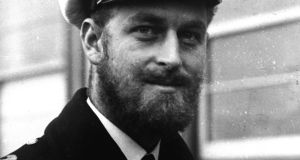 In pictures: Prince Philip through the years

2 David McWilliams: A female-led economy is coming – and it will be better

3 Bertie Ahern: The Belfast Agreement is the best way out of this mess