Who is this for? Why is it polluting cinemas?

There will probably be worse films made this year than CHiPs. Don’t get me wrong. There won’t be many worse films and none of them will be much worse. But the adaptation of the 1970s TV series is not an outlier in its badness. It is nonetheless worth asking how these things get made. Who is the target audience for a film based on a series that only middle-aged people will remember with any clarity? The series is not even celebrated for its camp appeal. One can see why a film such as the upcoming Baywatch might make sense. That source is a little more recent. The casting of The Rock and Zac Efron is hugely appealing. Also, the show is precisely the sort of camp pleasure that invites reinvention. Heck it was already a pastiche of itself. 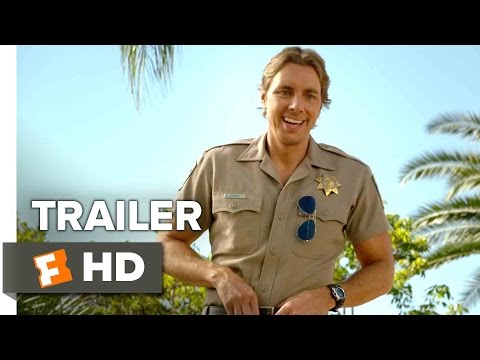 Hollywood has been at this for a while. Remember the version of The Mod Squad with Claire Danes and Omar Epps? It wasn’t released in this territory. So you almost certainly don’t. The original series was largely forgotten in the US and barely played outside that country. Let me just check who was in the equally forgettable adaptation of Car 54, Where  Are You from 1994? David Johansson from the New York Dolls. Really? How the hell did that come to pass? I still haven’t got round to checking what the heck the original Land the Lost was. But the film version was irredeemably awful.

One reason that these things keep happening is that every now and then somebody gets a reasonably obscure disinterment right. The obvious recent example is 21 Jump Street. That show was chiefly remembered for giving Johnny Depp an early break. The film actually turned out to be infinitely better than its source. That sort of hit gives the people behind CHiPs some sort of hope.

Still, it is hard to understand how the particular project was allowed to gestate. Absolutely nothing about it works. Dax Shepard and Michael Peña are utterly charmless. The dialogue is riddled with sexism and homophobia (including a joke about the word “homophobia” that misunderstands the word “homophobia”). In fact there have been suggestions for years that this film would take place. Dax was the man that made it happen.

Here’s the sad truth. These films are manifestations of fear and conservatism. They happen partly because studios feel a few punters will remember the original. But the main driving force is that they spring from ideas that have worked with audiences before. There is a sense that the project has, in a sense, already been test screened. There will be many more. They’re developing a Six Million Dollar Man film right now. The working title is The Six Billion Dollar Man. Ha ha! I wish that I had made that up.