Why is Zootopia called Zootropolis here?

And why is Disney being so coy about explaining the change?

If you’ve been observing the box office news from across the water you’ll be aware that Walt Disney’s Zootopia is a real sensation. The agreeable animated feature — a detective story set in a city inhabited by all sorts of animals — somehow managed the studio’s biggest ever opening for an animated feature. Yup, that $73 million topped even the mighty Frozen. “Then why are we not being allowed to see this film?” you don’t really ask. “I see posters saying that something called ‘Zootropolis’ is coming our way next week. But Zootopia is nowhere in sight.” Well, imaginary idiot, as you well know, the film has been renamed Zootopia for these territories. Why? Don’t bother asking Walt Disney.  “In the UK we decided to change the US title to Zootropolis to merely allow the film to have a unique title that works for UK audiences,”  a spokesperson said when queried. To clarify, they’re changing the title because they’re changing the title. Is that clear? 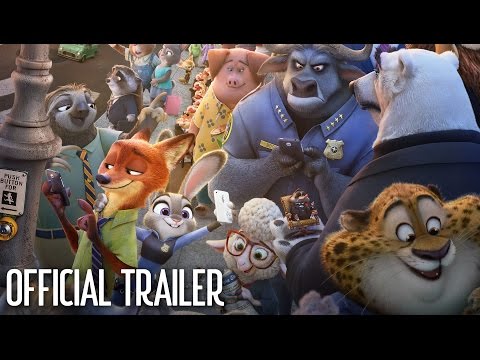 We can usually see the reasons for such changes. Neighbours (US) became Bad Neighbours (UK and Ireland) to avoid confusion with a certain Antipodean soap opera. Grimsby (UK and Ireland) became The Brothers Grimsby (US) — actually a better title — because that Northern town is not so well known in Tuna Fish, Iowa. Are there any Marvel fans here who insist on referring to the studio’s biggest ever release as Marvel Avengers Assemble? Well, you should. The Avengers was so renamed to avoid (unlikely) confusion with the 1997 adaptation of the TV series.

Further back in time, A Matter of Life and Death (UK and Ireland) became Stairway to Heaven (US) because it was perceived that Americans preferred titles without the word “death” in them. (This Wikipedia article claims that Airplane! was released as Aeroplane! in the UK, but I don’t think that’s true.)

Anyway, some prodding suggests that the problem may relate to a proposed Danish zoo called Zootopia. Is that plausible? Well, it seems that the problem may less be with supposed (again unlikely) confusion between a film and an as-yet-unbuilt Scandinavian animal attraction than with legal problems concerning merchandising. It does look as if the zoo has registered itself in the UK to flog hats, teeshirts and the like. If this is the problem why won’t Disney own up to it. We can only assume they have been so advised by m’learned friends.