Yes, it was an annus mirabilis for US film. Nonetheless, we pick a French movie for the least year of peace. We don’t give a damn, you see.

The year 1939, though an unhappy one for the world, has come to be seen as something of an annus mirabilis for American cinema. Within those 12 months cinemagoers were presented with such treats as Gone with the Wind, Ninotchka, The Wizard of Oz and Stagecoach. Each of those irresistible entertainments was a hit. Yet the picture that has become the most critically lauded from that year – and the one that foreshadows the coming conflict most powerfully – was released in Paris to a class of hissy opprobrium that only French audiences can muster. The film was Jean Renoir’s La Règle du Jeu, a serious comedy following the adventures of bourgeois philanderers weekending at the chateau of a decadent marquis. Thirty years later, Renoir remembered the film’s opening in an interview with Sight and Sound magazine.

“I was sure the public would like it,” he said. “Well, I was very wrong. Starting with the first show it was kind of a riot in the cinema. I even saw one gentleman who was trying to light a newspaper to set fire to the theatre and stop them showing this piece of trash.” 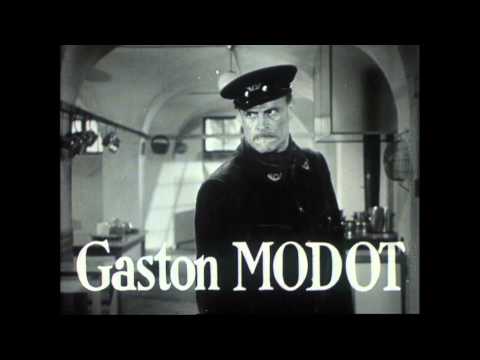 Renoir, son of the impressionist painter, Auguste Renoir, was persuaded to recut La Règle several times, but each successive re-release was met with greater hostility and eventually the film, perceived as unpatriotic, was banned by the French government. It remained so under the occupation and was not properly rediscovered until 1959, when a restored print played at the Venice Film Festival to ecstatic acclaim.

Until that point, all full-length versions of the picture, whose reputation had been kept alive by those French critics who were later to launch the Nouvelle Vague, were believed to have been destroyed in the allied bombing. Jean Gaborit and Jacques Durand, the film’s two eager restorers, somehow tracked down 200 cans of outtakes and saved the work for posterity.

In 1962 the picture was placed at number three in the British Film Institute’s poll, carried out once a decade, to identify the greatest film of all time. It slipped out of the top 10 in 2012, but remains a holy relic of its era.

La Règle du Jeu is a lot harder to get hold of intellectually than the other classics that habitually appear in lists of the greatest films. Citizen Kane is about William Randolph Hearst. Fellini’s 8½ is about film-making. Renoir’s earlier masterpiece, La Grande Illusion, another regular in such polls, is about the futility of war. What on earth is La Règle du Jeu about? In form, it resembles a traditional country-house comedy. Renoir, a likeable actor, plays Octave, the bumptious friend of an aviator who has fallen for the marquis’s elegant wife. While that relationship entwines itself with several others, Octave remains largely outside the action, an agent rather than an initiator. When he finally engages, disaster follows.

Critics’ efforts to assess what, aside from certain stunning technical achievements, accounts for the film’s continuing appeal have regularly fastened upon its supposed satirical intentions. La Règle du Jeu is, they say, a ferocious indictment of the bourgeoisie’s capacity to employ social conventions – the rules of the game – in the concealment of immorality. Renoir’s effrontery in revealing such hypocrisy is, it has been suggested, what so appalled the nobs at that noisy premiere. But Renoir was wary of accepting such readings.

“People thought that in writing La Règle du Jeu I was criticising society, but not at all,” he said. “I wish that I could live in such a society – that would be wonderful.”

Is La Règle, then, a mordant prefiguring of the conflict to come? The film’s most celebrated sequence sees the marquis and his guests blasting all hell out of the estate’s wildlife. Later, during a theatrical diversion, actors dressed as skeletons, classic memento mori, gyrate before the principals.

Talking to Penelope Gilliatt in 1968, the director teased away at this interpretation of the film.

“I knew only roughly where I was going,” he said. “I knew mostly the ailment of the time we were living in. That isn’t to say I had any notion of how to show evil in the film. But perhaps the pure terror of the danger around us gave me a compass. The compass of disquiet.”

That phrase, “the compass of disquiet”, probably sums up the film’s bewitching ambience best of all. Featuring furiously busy scenes, filmed using remarkable depth of field, the film buzzes with antic comic energy. But this is, perhaps, all displacement activity, undertaken to distract the characters from thinking about their own inevitable demise. La Règle du Jeu is still diverting enough for us, in our more morbid moods, to use it for the same purpose.

For 1939 we also considered, well … Where to begin? The Wizard of Oz, Stagecoach, The Story of the Late Chrysanthemums, Mr Smith Goes to Washington, Destry Rides Again, Ninotchka, Le Jour se Leve, and — slightly grudgingly — Gone With the Wind.