Are you sending back your IFTA, John Michael McDonagh?

We are, I suppose, being a little cheeky in referring to John Michael McDonagh, director of the puzzlingly over-rated Calvary, as “English”. Though born and raised in London, he is from an Irish background and both of his films have been set in this country. He is, however, inviting such responses with his latest outburst. In a video interview for Associated Press, the film-maker, brother to fellow writer Martin McDonagh, went out of his way to put distance between his movies and the rest of the Irish film industry. “Like I’m not a fan of Irish movies, I don’t find them to be that technically accomplished and I don’t find them that intelligent,” he said. “So I’m trying to get away from the description of the movie as an Irish film in a way.” 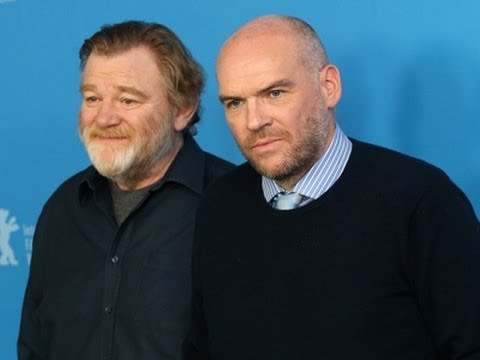 He wasn’t finished. Warming to his mission to alienate an entire nation, Mr McDonagh added: “You see the problem is they [audiences] know that lots of Irish films aren’t very good and they’re actually hesitant about going to see the movie themselves.So when you’re making a film there, you’re trying to convince the Irish audience: no, it’s not like all those terrible Irish movies you’ve seen before.”

Mr McDonagh, whose first film, The Guard, was a massive hit in these territories, has previous form in the wind-up department. Earlier this year, accepting a gong at the Irish Film and Television Awards, he declined to thank anybody but himself for the honour. That’s nice.

We know what people will be saying. More than a few malcontents will claim that Mr McDonagh is right about Irish film. We have, in these pages, pointed out certain unhappy trends and movements. This is not the point. If you receive money from the state and profit from the work of Irish professionals — particularly if you come from another country — then it surely behoves you to have some bloody manners when speaking in public. By all means, berate the Irish film industry in the pub with your pals. But be polite when speaking to the world.

It is also worth noting that John and his brother, both raised in Camberwell, South East London, have always been happy to be identified as Irish writers. It seems that he’ll pull the celtic wraps about his person when it suits him and shun the nation when he finds that convenient.

Fair enough. Like a number of Irish critics, I was a great deal less keen on Calvary than reviewers from the United Kingdom and the United States. It seemed to me broad, cartoonish and facile in its structure. Every character apart from Brendan Gleeson’s — the priest given a week to live — was nothing more than a crude emblem for some Irish discontent. Were it not for another fine performance from Brendan, the picture would not have scraped the third star it received in The Ticket. There were a few raves for Calvary here, but the notices were noticeably cooler overall. Mr McDonagh can, if he wishes, regard this as evidence that we silly Irish buffoons don’t like to hear the truth about ourselves. Maybe, he’d like to make a speech about it the next time he receives an award. Oh, which reminds me, there is, as yet, no suggestion that John Michael McDonagh intends to return his IFTA. Those awards are, after all, awarded to the best Irish films of the season. Actually, never mind that. Give us back the bloody money. We reckon his film got just under €1 million from the taxpayer.

Anyway, following JMM’s instructions, we will henceforth be referring to the so-so Calvary as an English film. We apologise to all the Irish actors and crew who worked on the thing. Direct your complaints to Mr McDonagh’s base in London.